It’s 25-year “vision” for what is presently a popular public 18-hole layout would be to turn it into public parkland when the current lease with Sydney Water expires. 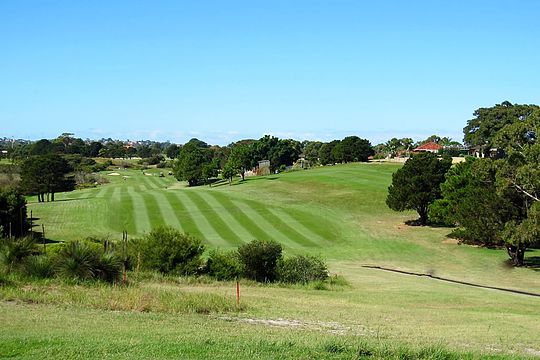 While there is obviously a lot of ‘water’ to flow under the bridge before that would occur, and the club does have the option of another 25-year lease when the current lease expires in 10 years’ time, the ultimate decision will no doubt create plenty of debate.

According to Botany Bay Mayor Ben Keneally, 3000 new dwellings have been added to the Botany area in the past five years and another 4000 were anticipated in the next 10 years.

“With urban consolidation and the desire of more and more people to live closer to the CBD, there is an increasing population that wants places to enjoy Sydney’s great beauty.”

“The Botany wetlands are beautiful, but they are a hidden gem.”

“They’ve been locked up inside these golf courses and inside industrial estates.”

“We now know communities value these great ponds and lakes and the social and environmental heritage they contain, and they would love better access to them.”

Under the proposal being floated, Eastlake’s 18-hole course, which has been used as a qualifying venue for the Australian Open in past years, would be converted into a major new public park.

Eastlake is part of one of Sydney’s famous golf “belts” with three of Sydney’s most exclusive courses, Bonnie Doon, The Lakes and The Australian Golf Clubs all situated along the same “green” strip near the M1 motorway.

The Botany Bay 2040 Directions Paper also proposes a plan for the council-owned Botany Golf Course to be converted to provide more sporting fields to a wide variety of organised sport such as football, league, netball and rugby.

Of course both Bonnie Doon Golf Club and The Lakes Golf Club have land belonging to Sydney Water.

And it seems they [Sydney Water] will have the final say on whether Eastlake golf club disappears or stays – about a decade or so from now.