As far as Callaway Golf is concerned, it’s about making the game more enjoyable – and playable – around the world.

And one of the world’s biggest golf equipment suppliers took another major step towards achieving just that recently by signing on as the official partner for the world’s second-biggest golf circuit, the European Tour, for the next five years. 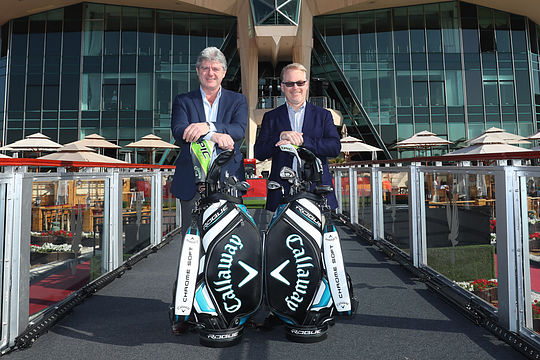 In a major coup for the company, Callaway become the official driver, golf ball, shoe and golf bag brand for the European Tour.

Callaway Apparel, plus the new-to-Europe Travis Mathew brand will also be the official on-course apparel for the European circuit.

According to Callaway Golf Europe’s president and managing director Neil Howie securing such a deal aligned their own company’s business goals with the Tour.

“Callaway continues to enjoy a very strong and loyal following among players on the European Tour, Odyssey has been the number one brand for more than 10 years and Rogue Drivers were the number one model in play across 2018,” said Howie.

“We are excited about the impact of our recently-launched Epic Flash family.”

“We also look forward to the many tournament, broadcast and content opportunities that this new partnership will bring.”

Callaway also plans to drive awareness of Odyssey, the No. 1 putter in golf, through a ‘putting leaderboard’ on TV broadcasts, which will showcase a new range of performance statistics at each European Tour event.

And as part of the Official Partnership, Callaway will collaborate with the European Tour’s digital channels to create new content strands featuring the Callaway brands, products and their Staff Professionals.