According to legendary Callaway wedge maker Roger Cleveland, golfers of all levels must have an open mind about which wedges to put in their bag.

Cleveland says wedges can make all the difference on your scorecard as inside of 100 yards is where good scores can turn into great scores. 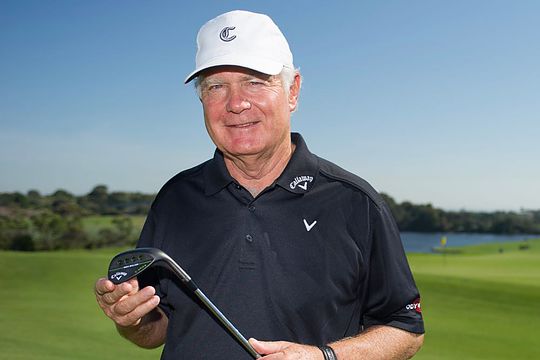 Having worked with the best players in the world including five-time major champion, Phil Mickelson, to formulate great designs, Cleveland is considered one of the world’s leading authorities in club making.

“Any golfer needs to think about how their wedges fit within their club set,” says Cleveland.

“You shouldn’t have more than 5-6 degree gaps between wedges. This is where you score and with the bounce on each wedge, that will depend on the conditions of the course.”

Offering one of the most complete wedge line-ups ever, the Callaway Mack Daddy 3 Milled wedge’s unique grind and groove package are designed to cater for every condition, swing style and type of shot.

Commenting on the new design, Cleveland told Golf Grinder: “What you don’t want is a shot to a back pin ripping back so spin modification is necessary. You want the most spin and control on shorter shots.”

“Thanks to Progressive Groove Optimisation, our new MD 3 Wedge line generates greater spin as the lofts increase, delivering maximum control when and where you need it.”

“We’ve developed three unique grinds to suit the shots you hit, the courses you play and the swings you make,” says Cleveland. “This gives you the versatility and selection you need to get up and down from anywhere.”

And the secret to using your wedge?

“Through our Wedgeducation series and other education initiatives that I am involved in we show people how to use wedges,” says Cleveland.

“Through correct technique you can improve your short game much faster than in any other area of your game.”

“People don’t understand that the short game stroke is totally different from the rest of the game.”

There’s little doubt that Cleveland is at the forefront of wedge design as shown when he was asked by Phil Mickelson to design a wedge, named the Mack Daddy PM-Grind wedge.

“When we were in the process of commercialising this wedge, Phil suggested that we should put the groove all the way to the toe,” Cleveland said.

“Instead of having a standard framing of a groove where you don’t have a groove near the toe, we extended it all the way. It looks like you can flip pancakes with it. It gives you confidence which is so important.”

Cleveland found it was another area of Mickelson’s short game where the wedge stood out.

“It was actually the pitch shot that allowed him to get that low checker with consistent distance and spin.”

“Good wedges with good technique allow you to flight the ball correctly for all shots. It’s all about giving the player options.”

Find out more at Callaway Australia