Cannon Hill Links given the green light in Brisbane

Brisbane has long been ridiculed for its lack of public golf courses.

So news that a new course has been given the “green light” to be built on the southside of the city, beginning this year, will be welcomed by golfers from all over the country. 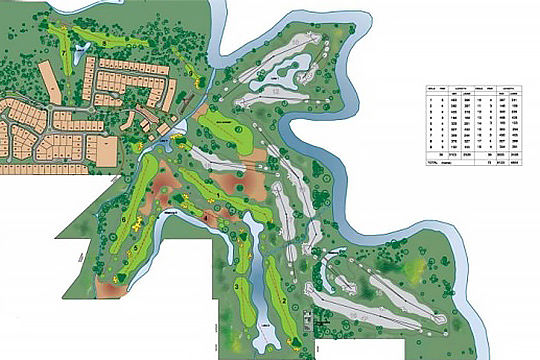 Amazingly, it has taken almost a decade of legal wrangling to get approval from Brisbane City Council for the Cannon Hill Community Links project to go ahead.

It will involve the transformation of a 122ha site from bushland to a 127-lot residential subdivision and an 18-hole public golf course.

The proposed site stretches from Fursden Rd in the south to the Cannon Hill shopping centre in the north and Creek Rd and Bulimba Creek to the east and west.

Developer BMD was awarded the tender from council to build the course and subdivide the land in 2007, with the company funding the costs of the course via the subdivision.

The project, to be built on what is mostly wetlands, is also expected to deliver road and bikeway infrastructure, drainage and open space and has been hailed as a “game-changer” for the suburbs of Carina and Cannon Hill and should have a positive effect on property values.

“This development will deliver the Southside’s first public golf course at no cost to ratepayers, with the golf course to be funded entirely from the proceeds of a residential development,” said Brisbane Lord Mayor Graham Quirk.