Running a golf course can be a costly business – just ask Whittlesea Council in Victoria, which is smarting after bearing the brunt of a $1.5m loss – annually – with the highly-rated Growling Frog Golf Course.

The Graham Marsh-designed layout is hurting the council’s budget to the point where they will consider other options for the course and clubhouse after buying the course in 2001 and borrowing as much as $11.7m for the purchase. 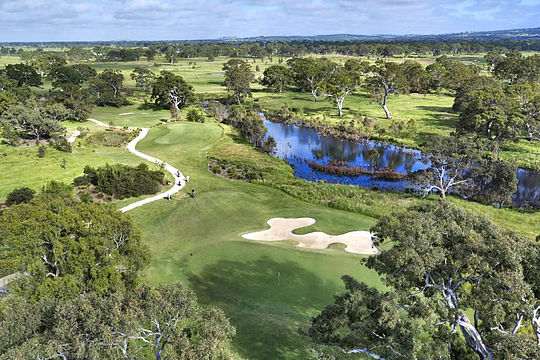 It has now been revealed that the council was undertaking a detailed assessment of all aspects of the Growling Frog.

According to the council’s city transport and presentation director Nick Mann: “This assessment is weighing up the cost to council of running the course against the community benefit derived from the course.

“A range of options will be presented in early September for councillors’ consideration.”

It is believed Whittlesea Council currently spends almost $700,000 a year just to maintain the golf course.

It has been revealed that mid-year budget documentation for 2016-17, forecast the golf course would lose $676,604 in operating costs alone.

On top of that, the council expects to pay a further $653,000 in interest on annual loan repayments.

The council still owes $9.757m of the principal loan.

Further pressuring the council’ s coffers was a decision to take over the running of the Growling Frog Restaurant about 18 months ago.

The restaurant lost about $217,686 during the last financial year.

In addition, the council has set aside $100,000 in its new works program for minor renovations at the course.