His own “hot air” has landed him in enough trouble.

Now wind farms are blowing off American billionaire Donald Trump, who has had his bid to stop them being built near his luxury Scottish golf course denied. 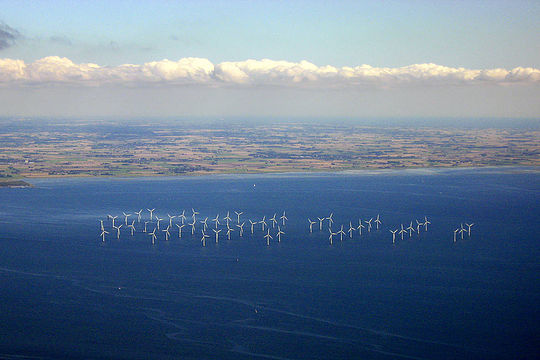 Great Britain’s top court has thrown out a bid by Trump to stop 11 offshore turbines, or wind farms, being built near Trump International, the Republican candidate’s superb layout just north of Aberdeen.

In a statement, the Trump Organisation denounced the Scottish government as “foolish, small minded and parochial” while the Scottish National Party’s (SNP) Foreign Affairs spokesman Alex Salmond apparently replied that Trump was “three times a loser”.

The spat centred on plans to build a wind farm off Blackdog in Aberdeenshire on Scotland’s northeastern coast, which Trump believes would spoil the view from his golf resort 3.5 km away.

Scotland’s SNP-run government overturned environmental and other local objections to approve the golf course in 2010, the first phase of a $1.13 billion project.

But three years later it approved the turbines, saying the $350m scheme would boost the local economy and power thousands of homes.

“History will judge those involved unfavourably and the outcome demonstrates the foolish, small-minded and parochial mentality which dominates the current Scottish Government’s dangerous experiment with wind energy,” said the statement from Trump’s organisation.

“We will evaluate the Court’s decision and continue to fight this proposal on every possible front.”