The 55-year-old will tee-off on his new career path from 1st October following a recruitment process that began with the resignation of long-time Golf Australia CEO, Stephen Pitt, in February of this year. 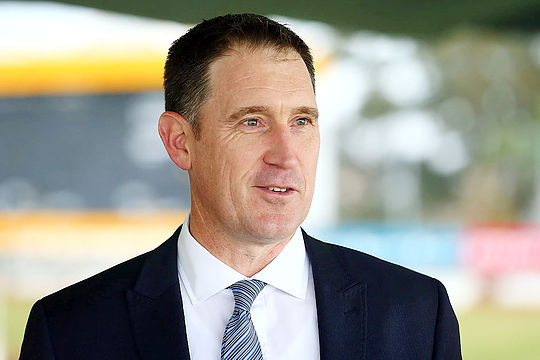 Golf Australia chairman Andrew Newbold said the organisation was excited at the prospect of having someone of the calibre of Sutherland coming on board.

“James has a resume that is long and distinguished and I’m delighted that golf will be able to tap into his vast knowledge and resources as we push into a new era,” Newbold said of Sutherland’s 17-year tenure at Cricket Australia.

“He did so much in cricket at so many levels from playing to financial and corporate to stakeholder relations.”

“But one of the things that stands out to me was when I saw the MCG filled with almost 100,000 people to watch the final of the Women’s T20 World Cup this year, then contemplated the switch and modernising of goals and attitudes to have achieved that objective. I see that as a tremendous achievement by James and his team.”

“He knows what excellent and elite look like and I can’t wait for him to impart his vision on the broader golf industry.”

Sutherland, is a keen golfer and a former first-class cricketer with an accounting, coaching and management background.

“I’m genuinely excited to have the opportunity to work in golf, obviously for Golf Australia, but more importantly for the sport around the nation,” said Sutherland.

“These are challenging times for us all, but I know that Andrew and his board have positioned us well to cope now and thrive later.”

“I’m really looking forward to advancing that work and helping unify, modernise and grow golf to be a sport that welcomes people of all backgrounds and grows to achieve its enormous potential.”

Sutherland comes into Golf Australia in the middle of one of the toughest economic outlooks in many decades. The Australian Open has already been postponed and cost-cutting has led to the erosion of our traditional amateur events recently.

Let’s hope Sutherland is able to turn things around before it’s all too late.