There might be a few high stakes games on the golf course rather than at the roulette wheel following Crown Casino’s purchase of the Capital Golf Club in Melbourne.

Renowned for hosting the high rollers when they are not “indoors” punting, the prestigious Peter Thomson-designed course has been sold by its developer Lloyd Williams for a reported $67.6m. 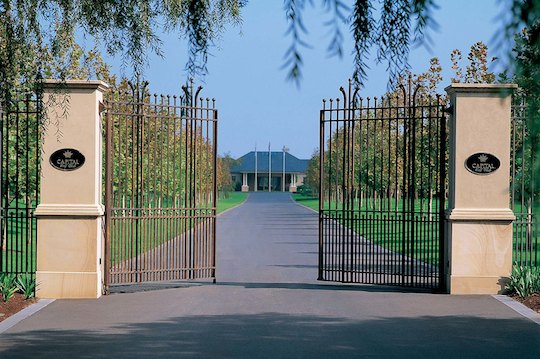 Opened in 1997, few ordinary golfers get to test the pristine layout, which has been rated along Melbourne’s best . . . not bad considering it is a mere stone’s throw from some of that city’s famous sand-belt courses.

Williams had used the course, which is tucked away near Moorabbin, almost exclusively for jockeys, sporting identities, celebrities and the casino’s high rollers.

You needed a special invitation to be allowed inside the massive wrought-iron gates to tour the exclusive par-72 course which opened in 1997.

The outright purchase was revealed in Crown’s latest results.

It had been leased from the late 1990s for about $5m a year under a leasing deal with Crown which gained an exclusive corporate membership share in Capital for around $36 million.

Williams, who has trained several Melbourne Cup winners, also recently put his Mount Macedon property up for sale as a horse racing operation for a reported $20m after indicating he planned to relocate to the Mornington Peninsula.