Two of Australia’s most exclusive golf courses will change hands as part of Crown Resorts resolve to cut costs at the casino group.

The elite and very private Ellerston golf course in the NSW Hunter Valley and Melbourne’s prestigious Capital Golf Club, bought from Lloyd Williams in 2014 for $67.6m, are the two stunning layouts that are expected to be a part of billionaire owner James Packer’s cost-cutting exercise. 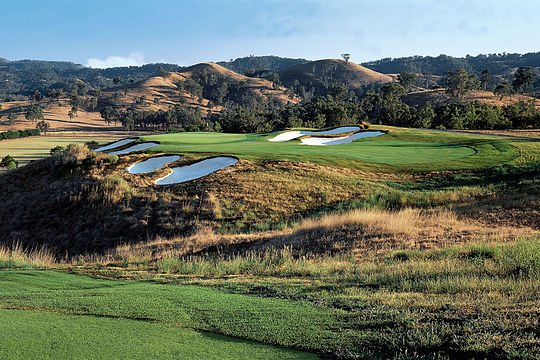 The flagship courses will be sold by Crown Resorts while sponsorships of some major sporting stars and teams are also expected to cease.

Even the private jets used to ferry the high rollers back and forth to Ellerston may be sold back to the Packer family, a mere 18 months after Crown bought into them.

It’s all part of a review of Crown’s costs that its new executive chairman John Alexander will be looking at after he recently succeeded Rowen Craigie in the top job.

Evidently Packer told The Australian newspaper a couple of months ago that Alexander had been urged to cut the fat in the billionaire’s Crown gaming empire as he returned to the Crown board and refocused on his Australian operations after abandoning his global ambitions.

Ellerston was renowned as the home of the late Kerry Packer’s polo interests.

It was reported that Crown acquired a half-share in Ellerston in August, 2015 from James Packer’s private company Consolidated Press Holdings for $60m.

A year or so later Gretel Packer acquired a quarter share of Ellerston after a $1.25b agreement between the siblings to divide their assets.

It is understood Crown is seeking an independent valuation for the 30,000ha Ellerston site, which does not include its pastoral interests, before it is sold back to James and Gretel Packer.

The price tag on the latest deal is not expected to be less than $60m although operating costs at Ellerston are reported to be about $6m a year.