Looks like the caddies are not going to “give” up their bibs without a fight.

While a US Court dismissed a lawsuit from a group of caddies seeking payment and damages for being required to wear bibs sporting sponsor’s advertising during PGA Tour events, the fight is not over yet. 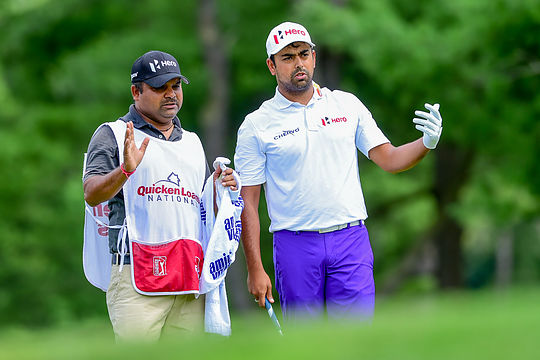 The caddies, 168 of them, in fact, have now filed an appeal in San Francisco seeking to overturn the court’s ruling.

The original lawsuit alleged the PGA Tour was violating federal anti-trust laws by forcing them to advertise for the tour and its sponsors without compensation.

The caddies’ case is based on the fact they are not employed by the PGA Tour, but rather by the players as independent contractors.

Still the problem is the caddies do sign contracts with the Tour stipulating they will follow certain rules, which in this case includes the wearing of the bibs.

That initial lawsuit, filed early last year, saw lawyers for the caddies estimate the value of the advertising on the bibs at $50m a year, for which the caddies received no compensation.

While caddies are not prohibited from signing their own sponsorship deals, the bibs cover “valuable real estate on the caddies’ shirts that they otherwise use to secure their own sponsors”, according to the Lanier Law Firm, which is handling the case.