Members of the prestigious National Golf Club at Cape Schanck on Victoria’s Mornington Peninsula are expected to vote ‘yes, giving the green light to a proposed redesign of their Ocean Course by renowned American architect Tom Doak.

Renowned for designing some stunning layouts like Barnbougle Dunes in Tasmania, Cape Kidnappers in New Zealand, Pacific Dunes and Ballyneal in the United States, as well as the nearby St Andrews Beach, Doak is expected to make significant changes to the course. 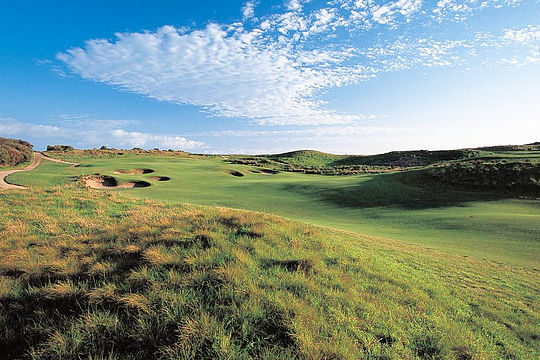 The club announced last week that Doak’s concept plan for the redesign, presented in February, with final placement, shaping, size and elevation still to be nailed down had already been accepted.

The members’ vote for the project to go ahead should now be a formality, especially as there will be no levy imposed on members to improve a layout that has been well-patronised since it opened in 2000 after being designed by Thomson, Wolveridge and Perrett.

In 2014 a vote was put to the members of The National Golf Club and Long Island Country Club to effectively merge and form one club.

Members of both clubs voted in favour and as a result The National Golf Club is now the only golf club in Australia where members have access to four championship layouts.

The National now has more than 3200 members – the most golf members of any golf club in the Southern Hemisphere.