Erosion is taking its toll on some of the world’s oldest and most revered golf courses, according to reports coming out of the UK.

Courses such as the magnificent Montrose Golf Links in Scotland and sections of England’s Royal North Devon Golf Club have both been under threat. 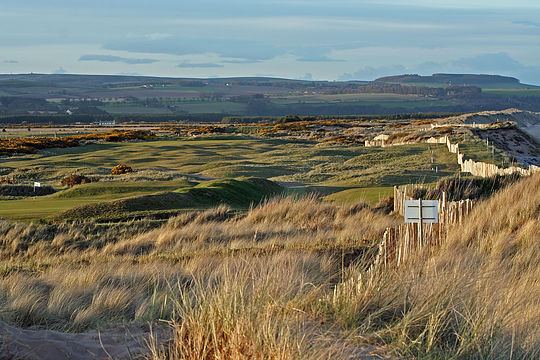 Montrose, with its 450-year history, is one of the world’s oldest golf courses and has endured a long battle with erosion along the opening holes of its premier Medal Course.

Changes had previously been made at Montrose on the second, third and sixth holes to protect them from erosion.

Now there is more work being carried out on the front nine as there are serious concerns about the future viability of that part of the course.

Earlier the third tee box had been moved in order to bolster rocks at the second tee and first green, all of which run beside the coast.

Now there are fears that unless funding is granted to protect the 36-hole venue, some holes could be lost entirely as a redesign, moving the course dramatically inland, might be required.

Research published by Dundee University in 2016 showed the North Sea has crept 70 metres towards Montrose within the past 30 years.

Director at Montrose Golf Links Chris Curnin said: “As the sea rises and the coast falls away, we’re left with nowhere to go.

“Climate change is often seen as tomorrow’s problem – but it’s already eating away at our course.

“In a perfect storm we could lose 5-10 metres over just a couple of days and that could happen at pretty much any point.”

At the moment, the rate of erosion works out at an average of about 1.5m a year.

That may not seem like much, but it is enough of a concern for the Scottish Government to get involved as the issue could have far wider-reaching consequences.

The oldest links in England, Westward Ho! has seen the shoreline inch closer to its celebrated seaside holes and recently forced golfers to retrieve a tee marker for the eighth hole that had washed onto an adjoining beach during a severe storm.

More damage is feared by staff, according to a report on the BBC.

Storm Eleanor recently ripped 49ft (15m) of land away from behind the eighth tee at Royal North Devon.

General manager Mark Evans said: “we could lose the [seventh] green with the high tides predicted with the wrong wind conditions.”