Long regarded as one of Western Australia’s most talented professionals, Kim Felton this week began a new role as state manager for the WA/SA division of the PGA.

After almost 20 years touring and plying his trade around the world on several golf tours, Felton felt the time was right to opt out of the tour life and find a job at “home” in WA. 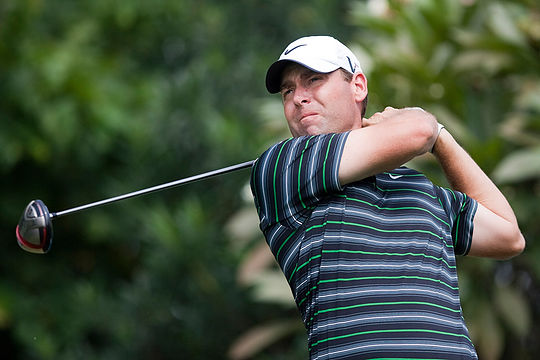 His biggest success was a Nationwide Tour win at the Knoxville Open in 2005. He also won a OneAsia Tour event, capturing the Midea China Classic in 2010.

He is ecstatic about the opportunity to still be involved in the sport that has been his life for so many years.

“When I got the call I was speechless,” Felton said. “After finishing up my playing career not so long ago and be able to have this opportunity is amazing.

“I’m looking forward to giving back to an association that gave me 18 years’ worth of playing opportunities and meeting other PGA pros.”

“It will be great to be on the other side now.”

Felton had a stellar amateur career before joining the pro ranks.

He showed he was a player with an enormous future when he won the 1997 Australian Amateur and recorded the lowest individual score at the 1998 Eisenhower Trophy.

He then turned pro in 1999 and became the third player in history to win the Western Australia PGA Championship three years in succession since the tournament began in 1933.

For the past couple of years Felton has focused on forging a career path as is progression as a corporate professional.

PGA chief membership officer Gavin Kirkman was thrilled to announce the appointment of Felton to their association role.

“Kim brings a great deal of experience and knowledge to the role and will do an excellent job at supporting our members and growing the game across Western Australia and South Australia,” said Kirkman.