Long-serving Australian golf administrator Colin Phillips has passed away after a brief battle with cancer. He was just 76.

Phillips would be best remembered as the head of what was then called the Australian Golf Union, which eventually became Golf Australia. 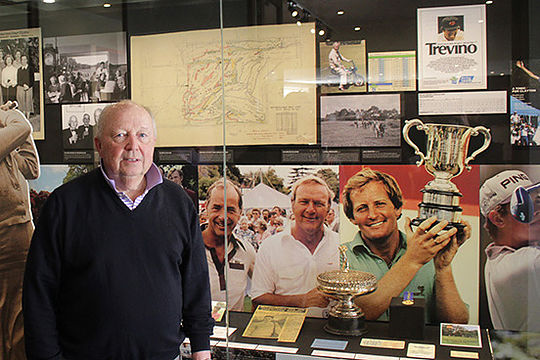 He served in that role from 1979 until 2005 before taking up a post with the R&A as their director of the Asia-Pacific region.

Phillips was the driving force behind many initiatives in his time at the AGU and in other roles within the golf industry.

These included the formalisation of national development programs, particularly for juniors and promising amateurs, the establishment of GolfLink and the forerunner to the current Australian handicapping system.

He helped initiate an environmental strategy for Australian golf courses and sat on committees that established the sport’s world ranking system, the Alfred Dunhill Cup and the Confederation of Australian Sport.

Phillips was a member of The Metropolitan Golf Club since 1975, served on its committees and acted as greens convener for many years.

He was also a member of The Royal and Ancient Golf Club of St Andrews, honorary member of Kingston Heath and West Kent Golf Clubs, Sorrento, Moonah Links and Frankston golf clubs.

He also received an OAM for his services to golf in 1996.

He is survived by his wife Coralie.