There are few golf clubs in Queensland that can celebrate 116 years of history and at the same time boast that the great Gene Sarazen had also played the course during a trip to Australia in the 1930′s.

Of course, Australia’s own former world No.1 Greg Norman has also played Toowoomba on many occasions during his early career and declared the layout a testing and formidable challenge for golfers of all levels. 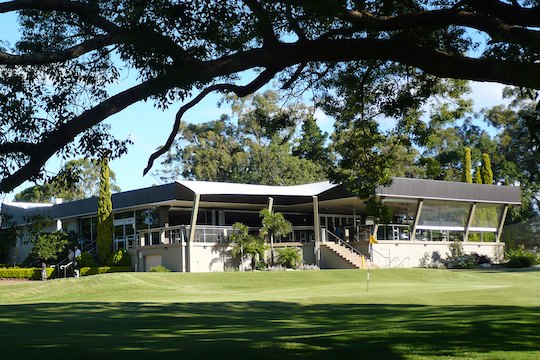 If fact, it has been widely stated that the Toowoomba Golf Club was one of the finest inland courses in Australia.

It somehow escaped the barrage of flash flooding that hit the Toowoomba region recently, but as the club’s general manager Steve Owen explains, it has had a major affect on the golfing community and surrounding districts.

“It has made us all reflect on how very lucky we really are to be surrounded by so many caring and concerned people,” Owen said.

“Many of these people are golfers and it is this common bond that holds us all in the same embrace.

“Toowoomba Golf Club was one of the very lucky ones to escape the fury of the flood waters. Sure there was damage but nothing like the levels of devastation experienced by other clubs in Brisbane and beyond.

“Many of our Darling Downs District Golf Association members were badly affected by the rising waters, however Toowoomba Golf Club escaped with the loss of several mature gum trees due to the lack of ground support thanks largely to the saturation water levels and limited grass erosion.”

Incredibly, the Toowoomba course was only closed for play for 48 hours. Buggies were allowed back on course on the Monday following the floods.

“It was a testament to our brilliant ground staff as well as the fantastic layout and location of the course,” Owen said.

Now the Toowoomba golf faithful want to help their neighbours.

“Even though we cater for up to 90,000 games each year – we will always try to find a spare tee time somewhere, for anyone from the region who needs a game of golf.”

A club steeped in history such as Toowoomba also brings with it a legacy to the game of golf itself. Pioneers of the game created and nurtured some of the state’s great interclub challenges involving, amongst other things, the formation of reciprocity between 35 clubs throughout Queensland alone.

Eleven of those 35 hold full reciprocal rights. Other reciprocal clubs outside Queensland include nine in NSW, one in each of the territories (ACT, NT) and one in each of the other Australian states plus one in New Zealand and one in Vanuatu. This goes to prove the levels of respect offered to other clubs, particularly during the last century when travelling was a regular occurrence amongst club members.

Toowoomba has a proud history of producing great sportsmen and women. The sport of golf in particular is strongly represented from the region.

One of its earliest champions was Ernest Albert Gill, who was an Australian Champion (1906), multiple Queensland Champion (1905 and 06) and inaugural Golf in Australia Cup Team member.

Throw in names like Paul Costello (Wallaby), Greg “fat cat” Richie (cricket), Anthony “Billy” Bunter (motocross), Jeff Senior, Richard Backwell, Alison Munt, Chris Webster and Sir Walter Campbell Governor of Queensland and you have one seriously talented bunch of athletes, all of whom were or still are associated with Toowoomba Golf Club.

In more recent times, the club has enjoyed having the services of PGA Professional, Paul Habgood, available for the past eight years. Paul is a past PGA Professional of the year winner and operates as an “On Course” pro shop with his two very competent staff ready to service your golfing needs.

Paul stocks an extensive range of clubs and equipment and offers club fitting and repairs, lessons for both juniors as well as adult beginners or specialist training for those wishing to improve their game.

The club house bar and deck overlooks the picturesque kikuyu fairways which are bordered by 100-year-old gums and camphorlaural trees that surround the 18th green.

Membership enquires are always welcomed at the Toowoomba Golf Club.

The club’s website – www.toowoombagolfclub.com.au – offers a wide range of information about its facilities, online tee time booking and membership applications, or you can phone (07) 4635 1219.