Gainsborough Greens gets a facelift

The new holes signal the beginning of an exciting phase for the golf course and surrounding residential development being undertaken by national real estate and property company, Mirvac. 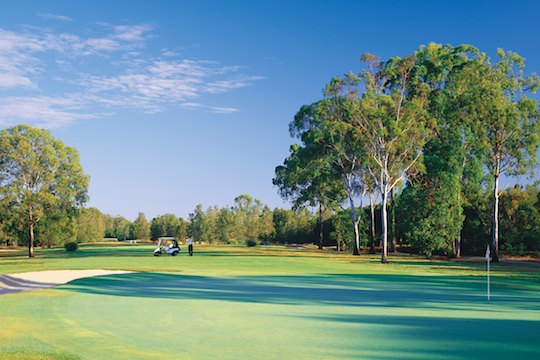 The $1 billion plus master planned Gainsborough Greens residential community, located in the rapidly expanding northern Gold Coast corridor, is well underway with plans to accommodate approximately 2300 homes and a central retail area in one of the largest residential projects currently underway on the Gold Coast.

Mirvac Development Queensland CEO Matthew Wallace said the golf course is an important part of the residential development as it forms the heart of the Gainsborough Greens community.

“The course is very important both as a recreational facility for residents, members and the public, but also as the green space that separates our residential precincts,” he said.

“We look forward to striving to create something very special and uniquely Australian for residents, members and the public to enjoy.”

Watson was commissioned to ‘reinvigorate’ the Gainsborough Greens course and these highly anticipated new holes are expected to be the first of many exciting transformations in store for the upgrade of the 21 year old course.

The new holes – the dogleg par four 15th and par three 16th – opened for play to excited members and the general public earlier this year and Watson spoke at the time of his thought processes when designing the holes.

Consistent with his strategic design methodology that he has employed in a remarkable career as a designer of over 70 golf courses, Watson’s aim was to create holes that are enjoyable for casual golfers, but also challenging for better players. 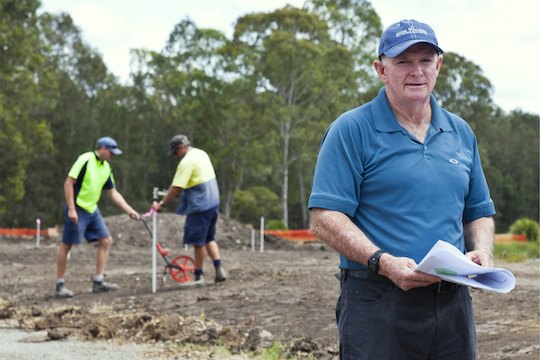 “These are dry holes with no water hazards so they are user friendly, but they still have plenty of challenges to keep the advanced golfers interested,” he said.

“I am really pleased with the way they have grown in. The staff at Gainsborough Greens did a wonderful job growing in the new holes which complements the design, and their efforts have resulted in beautiful landscaping with nice definition and framing around the holes.”

Club professional Anthony Newey was full of praise for the redesigned holes.

“The 15th hole looks like there are a lot of closely grouped bunkers from the tee, but once you get down there, they are actually well spread out. This is testament to a great design where the course plays tricks on your eyes and mind.”

Gainsborough Greens has always been a pleasant golf course to play, an abundance of wildlife make their home on the course and surrounds, grey kangaroos and even the odd koala can be spotted high in the gums.

The course, which was host to the Queensland PGA Championship for a number of years in the early 1990s, takes advantage of some of the natural water hazards of the area along with established stands of eucalypts and other tree varieties.

The new holes however are standouts, with the eye catching bunkering and native vegetation on the dogleg on 15 and the movement in and firmness of the new greens on both holes, providing added chipping and putting difficulties for players of every calibre.

In a recent round at the course to look at the changes, I found myself with a birdie opportunity from inside 10 feet on the 15th but was faced with a downhill sliding putt with approximately 20 cm of break, in stark contrast to most of the more ‘friendly’ putting surfaces on the rest of the course.

Watson has created a number of different tee locations on the picturesque 16th and has guarded the large, rolling kidney-shaped green with deep bunkering on either side, with slopes at the rear to take overly aggressive shots away from the flag.

The course is expected to evolve further as the project plans include the construction of additional new holes and a new driving range, which will replace parts of the existing course as the residential development expands.

The current clubhouse is also expected to be relocated, subject to decisions Mirvac choose to take on which aspect of the Master Plan they opt to proceed with next.

As you play the new holes, it’s hard not to get excited and wonder ‘what’s next?’ in relation to the next holes that might be upgraded. The topography and layout of some of the existing holes lend themselves to some interesting opportunities, not the least the reachable par five 18th, a bold ‘risk reward’ water carry that the members I played with were very proud of.

It will be intriguing to see the next installation of Watson’s upgrades to the course as the golf course’s standing in South East Queensland is sure to grow as each new hole is unveiled.