Gainsborough Greens Golf Club, home of the Queensland PGA championship in the early 90s, has entered 2012 under a new management structure.

Now owned by Mirvac, which is currently developing a community of more than 2000 home sites around the golf course, from January 2012 management rights to Gainsborough Greens have been assumed by GC Golf Management Pty Ltd. 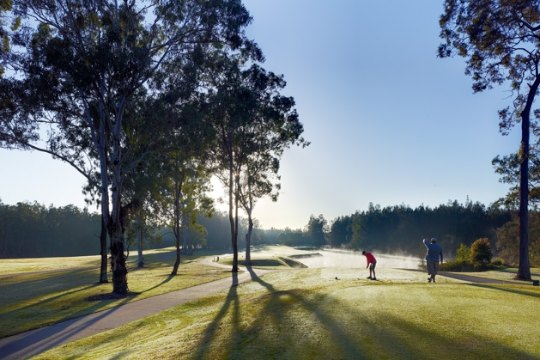 GC Golf Management is the same company which took control of the defunct Palm Meadows in December 2010 and now has the course back to 95 per cent of where it was as one of the ‘must play’ Gold Coast courses.

“When we took over Palm Meadows a little more than 12 months ago it was a basket case. Now it’s booming,” says GC Golf Management director and new boss at Gainsborough Greens, Paul Weidman.

“Obviously we are very proud of what we have achieved at Palm Meadows and are confident we can accomplish similar results at Gainsborough Greens. Finding the right place in the market, at the acceptable price point, will be our major goal initially.”

Weiderman, whose fellow GC Golf Management directors are Anthony Musgrave and Sean Bath, is optimistic Gainsborough Greens can once again be regarded among the elite courses in south-east Queensland.

“Gainsborough hosted the Queensland PGA in 1991, ‘92 and ’93, and was considered one of the more picturesque courses in the area boasting an abundance of wildlife,” he said.

“In recent years the original layout has been altered quite significantly and in 2011 Ross Watson designed three new holes – 14, 15 and 16 – with more than $1 million expended. We believe only a small amount of tweaking is needed to make Gainsborough a challenging and enjoyable golf course once again.”

Weidman said the first priority of the new management company will be to improve the condition of the course, in particular the quality of the greens.

“The feedback we have received is that the course is being let down by the condition of the greens, so that is being addressed immediately,” he said.

“We will be looking at encouraging members of both Gainsborough Greens and Palm Meadows to play both courses, with incentives built in to the respective memberships. While most golfers enjoy playing their home course, it is nice to have variety and our marketing strategy will be aimed at that philosophy.”

Under the new management arrangement the majority of Gainsborough Greens staff will be retained, at least for the first six months of 2012, although the company will be looking at cost savings in a number of areas because of their dual management structures.

Weidman and Musgrave are also partners in Universal Golf Management, which controls operations at Windaroo Lakes, and future marketing may also include the nearby course.

Gainsborough Greens in situated at Pimpama, midway between Brisbane and the Gold Coast, four kilometres east of the M1. And with the construction of the three new holes, the course has returned to a par 72 following a period as a par 69, when it boasted an unusual six par threes.