It’s a culture that won’t change overnight yet Golf Australia is determined to draw more women into the game.

With recent participation levels at a record low 20 per cent, Golf Australia is pushing ahead with a new vision to change the culture of golf clubs, grassroots, high performance and coaching and also marketing. 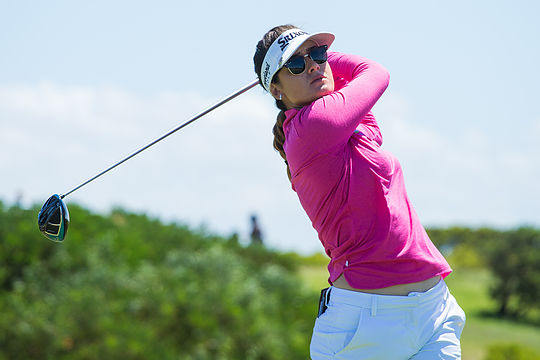 Hannah Green is one of the new rising stars in Australian women’s golf (Credit: LET)

Golf Australia board member Jill Spargo pointed out that she had spoken to a female golf professional recently who put this pressing issue into perspective:

“Her comment was when she walked into a clubhouse, she felt as though she was going into a principal’s office,” said Spargo.

“Once she walked outside everything was okay. There’s a lot we need to do to change that culture of our game.”

Golf Australia chief executive Stephen Pitt said it was critical that “our game is opened up to everyone”.

“I think we’ve got some important challenges as a sport and we need to recognise them,’’ Pitt said.

“In some ways, I don’t think we’ve done a very good job as a sport catering for women and girls over a long period of time.

“There are some benchmarks and markers that would indicate that’s the case. We need to be aware of them and try to fix them.”

“To me, that was about our facilities not being very welcoming to women, in a society that had changed with women in the workforce and wanting to play on the weekends. Clubs hadn’t adapted.”

“I do believe clubs have started to adapt, let me say, but there’s a lot of territory to cover.”

As part of the strategy, GA is encouraging its clubs nationally to provide equal access for both genders on all days – which many already offer — and for clubs to take on more female board members and senior executives.

“It’s a massive task, that’s why we’ve made it 2025,” said Spargo, who said a 30 per cent female membership rate would be a realistic target.

“It’s not something that’s going to happen quickly.

“A lot of clubs are doing good things out there, so we need to be identifying those clubs, showcasing that and sharing it with other clubs.

“We’re going to have to go to clubs and look at the case for change with them and get them on the journey with us and be part of it – not telling them what to do but work with them to see what’s going to work with them.”