Go behind the scenes at Australia’s oldest course

It’s an argument that even those at the centre of sport in Australia, Melbourne’s famous sandbelt cannot win.

You might think, for instance, that the oldest golf course in Australia sprang up there somewhere.

Or maybe Sydney, where the first settlement took place.

You might throw in one or other likely locations too, like WA, or even Norfolk Island where the prisoners that were housed there could have been kept busy building a golf course.

And not Hobart either…but rather at Ratho Farm, where golf was reportedly first played in Australia – in the heart of Tassie.

Founded by the Reid family in 1822, historians discovered records of locals playing golf in the area not long after. 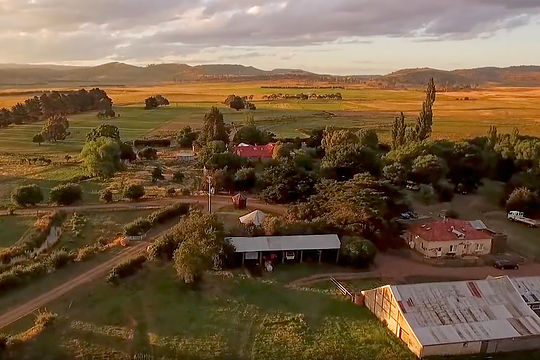 Greg Ramsay, the brains behind Barnbougle Dunes, grew up at Ratho Farm with his grandmother, parents and four brothers and sisters and has now tackled the onerous task of restoring Australia’s oldest golf course.

The nearby town of Bothwell is also home to the Australasian Golf Museum, which provides a fascinating look at the history of the game in Australia and Tasmania.

Ratho Farm proudly wears the moniker of Australia’s oldest golf course and has quietly risen to become something of a ‘must-see’ destination for any golf trip to Tasmania.