It has long been a dream of golfers and plenty of vignerons as well to turn their Hunter Valley wine-making “mecca” into a golfer’s Heaven as well.

And with the likes of courses such as Cypress Lakes, The Vintage, Crowne Plaza and Stonebridge it could be argued they are already well on their way. 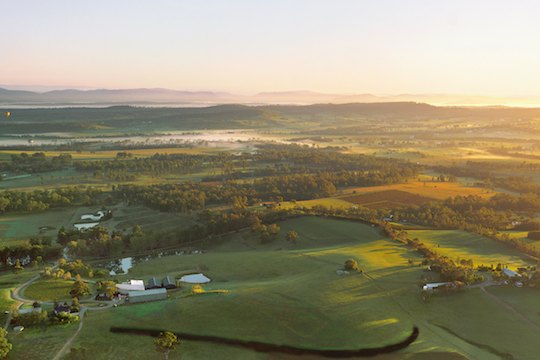 Now a $150m Jack Nicklaus golf resort at Rothbury, which has been on the drawing boards for several years, is back on the agenda as well.

It has been revealed plans for the Nicklaus course are expected to go before Cessnock City Council in the next few weeks.

While there have been some critics suggest it would be a threat to the vineyards, others know it will also boost tourism and can only add to Cessnock’s standing as a golf destination of note.

Reports suggest the project would cost about $150m, but could be expected to give the area’s economy a $688m boost over the next 20 years, according to a report from the developer Capital Corporation.

Nicklaus, 73, and the winner of 18 golf majors, designed the 18-hole professional course for the project, which would include 300 dwellings, a 50-room five-star hotel, 250 tourist villas, retail and food outlets, a health spa, gym and function/conference rooms.

It would create 290 full-time equivalent jobs, the report said.

Plans include rezoning of some land in Wine Country Drive, which was described as ‘‘the gateway to Cessnock’s vineyard district,” from primary production to tourist uses.