As a former NSW State Representative Player and AGU Chairman of Selection (1986-2004), I was somewhat surprised and disappointed by recent announcements from Golf Australia.

These decisions have dismantled two of Amateur Golfs traditional events, both have been in existence for more than a century. Each of these events have played a significant role in Australia achieving their current prominent place in both Amateur and Professional golf throughout the world. 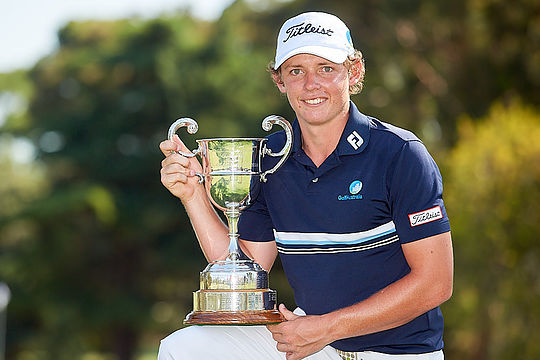 The first decision was to reduce the Women’s and Men’s Interstate Teams to just one team per state consisting of four women and four men, to be played in May this year. The proposed matches were cancelled due to the arrival of COVID-19.

Teams matches for amateurs and professionals (both women and men) are played throughout the world. They include the Ryder Cup, Solheim Cup, Presidents Cup, Walker Cup, Curtis Cup and many more.

I have been a player, manager and spectator at the Interstate matches for more than fifty years and have witnessed many close contests. The pressure encountered in a match can be extremely intense, especially when the final individual result can decide the team result.

These Interstate Matches remain a popular and integral part of the Amateur game and almost all our major champions have competed in these contests since the 1930’s. US PGA Championship and 18-time PGA Tour winner Jim Ferrier being the first!

Match play is character building and plays a significant role in the development of elite players.

The new format now excludes two women and four men from competing in their respective teams and denies them the chance to gain the necessary experience to complete their golfing education, let alone the opportunity to represent their state.

The second decision is even more radical than the first, it entails changing our two traditional Men’s and Women’s Amateur Championships to stroke play in 2021.

Three of the world’s oldest and prominent nations still play match play for their National Championships they are the Australia, Great Britain and the USA.

There are at least eight, strictly amateur, 72 hole, stroke tournaments played each year in Australia, some of these events included a separate women’s event. I believe these tournaments are more than sufficient for elite players to hone their stroke play skills.

For all the reasons mentioned previously, why this sudden lurch towards playing our two iconic amateur events as stroke play tournaments?

All these changes do nothing to enhance our national programme and one must question the motives behind them.

Golf Australia’s mission is primarily to promote and foster Golf in all its forms and these changes must be reconsidered and our traditional events restored to their previous format for the year 2021.