If I told you Georgia only had one golf course, I’m sure you’d be thinking it must be Augusta.

In fact it’s the country of Georgia, flanked by The Black Sea and like fellow golfing minnows Belarus and Azerbaijan, has been named as one of the “developing” countries in world golf. 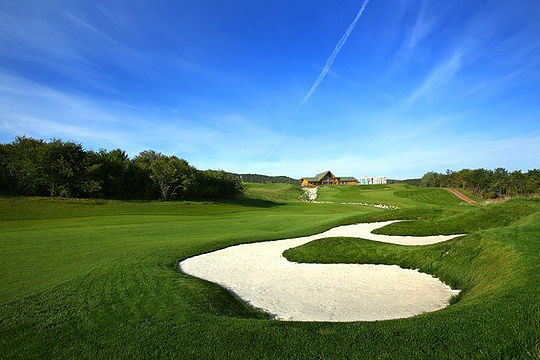 These three golfing outposts have just one course each which is just one of the startling facts revealed following the publishing of a new report commissioned by the R&A which reveals the exact number of golf facilities around the world.

It’s the first time such a report has been produced, thanks to the US-based National Golf Foundation which throws plenty of light on where the game of golf is heading worldwide.

The report indicated that by the end of 2014 there were 34,011 golf facilities in 206 countries around the world.

It is hardly surprising that the US is home to 45 per cent of the world’s golf facilities while Europe boasts 22 per cent.

Surprisingly there are actually 50 countries with just one golf facility compared to 30 with more than 100 and eight (outside the US) with more than 500.

The report tracks the development of golf worldwide and finds that 696 golf courses are under construction or in advance planning.

And while 80 per cent of these new projects are in Asia, Europe and North America, there are clear signs the sport is spreading with countries such as those mentioned – Belarus, Azerbaijan and Georgia – opening their first golf courses in the past two years.

New courses are now also under construction in countries like Macedonia, Sao Tome and Principe, which will also be their first ones.

The report, available on the R&A’s website, will be published biennially to allow monitoring of the sport’s development.