Golf participation on the rise in Australia

We might be the driest continent in the world but the good news is it makes for plenty of great golf weather.

And the best news to come from our fairly dry winter last year is that more people were getting out and playing some serious golf. 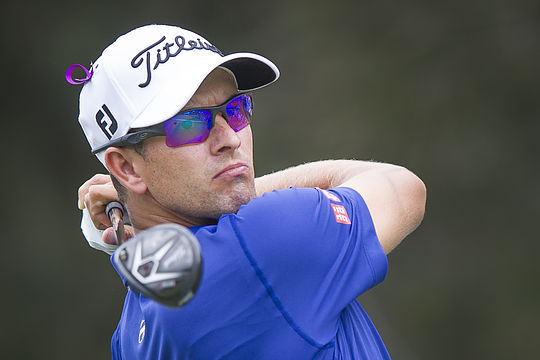 Successful Australian players like Adam Scott have helped to raise golf participation locally according to the PGA of Australia (Credit: Anthony Powter)

Data released last week by the Australian Golf Industry Council confirmed golf participation in Australia was on the rise…and Queensland and South Australia are the states leading the way.

An increase of 7.2 per cent in competition rounds was recorded across Australia in 2014, with every month recording a steady increase compared to the corresponding month in 2013.

According to the PGA of Australia, competition rounds are defined as single handicapped rounds only and doesn’t count rounds played from non-handicapped events.

Rounds played by male golfers grew by 7.4 per cent while a pleasing increase in female participation was also recorded, rising by 6.2 per cent.

Growth was evident across all states through 2014 and consistently spread across metropolitan and regional areas.

Australia had a relatively mild and dry winter in 2014 with many parts of the country experiencing rain deficiencies compared to the year prior, resulting in extended opportunities for golfers to get on course.

An exceptionally strong first quarter gave Queensland the largest increase of 13 per cent.

The Brisbane market accounted for approximately one quarter of all rounds played in Queensland, generating a double-digit gain of 14.7 per cent.

Chairman of the AGIC Brian Thorburn suggested the increase may be attributed to the success Australian Professionals have had on the international stage over past 12 months and Australia’s ability to attract the best golfers in the world to Australian tournaments, both male and female.

“In the past 12 months we have seen four of the world’s top-10 Pros play in Australian tournaments, had 10 Australian Pros win on International Tours, six of these being on the PGA TOUR, and witnessed Adam Scott rise to World Number one,” Thorburn said.

“Together, these moments build excitement for golf and stimulate amateur golfers.”

“We are also lucky that our Australian champions return home regularly to play and interact with fans, which pays dividends for participation,” added Thorburn.