It was an open and shut case really.

No-one would disagree that five-time British Open champion Peter Thomson deserved the honour last week when his life membership was elevated to ‘Immortal’ status by the PGA of Australasia. 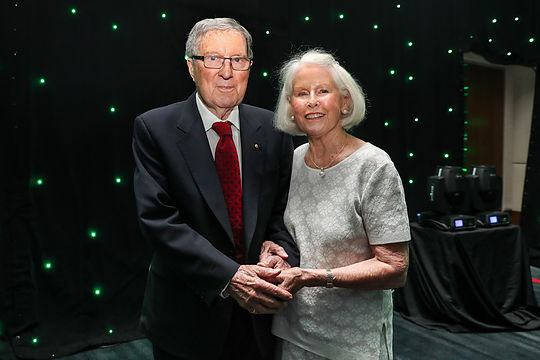 The longest-serving former president of the PGA, 87-year-old Thomson admitted to a crowded audience in town for the Australian PGA Championship that it had been a huge part of his life since he was 19 years old.

“Most people have nice things said about them at their funerals when it is too late for their own enjoyment…but you’ve all jumped the gun as it were and given this lovely tribute for me to hear.

“Now to be serious, I thank you all sincerely…our chairman Peter O’Malley, CEO Brian Thorburn and all the board members of the PGA.

“And to Peter Senior and every member of our association…I am most truly thrilled to be recognised and honoured by my peers of this great association.”

Thomson, a household name for almost 70 years, was the inaugural nominee for the newly-inaugurated Immortal status.

He was chairman of the PGA for an impressive 32 years, the longest tenure in the PGA’s history.

“Success came slowly but sweetly and I would like to say, in fairness, that I have always felt that I never worked a day in my life, such was the pleasure and challenge this wonderful game of golf provided,” said Thomson.

“To become President of the PGA in the 60s was a huge thrill and at last I felt I was giving something back to an association that had given me so much.”

“Life has been very kind to me and I’ve much to be thankful for.”

“Finally, I would like to say something about the unsung heroes of our PGA.”

“They are the men and women who run our pro Shops at clubs and courses around our country.”

“They teach and toil for long hours and nurture this splendid game in the young and old who pass their way.”

“Without their dedication where would our game be?”