It’s part of our weekly regime…you turn on the TV early on Friday morning and again on Monday morning, expecting to watch the start or finish of a US PGA Tour event.

A chance to watch your heroes go around [you’re too busy playing on the weekend to worry about it]. 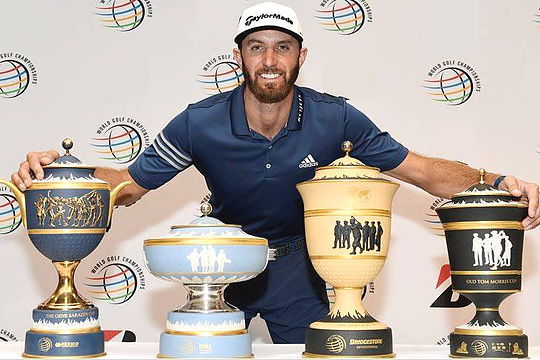 So the fact we couldn’t watch Dustin Johnson, Rory McIlroy and company do battle last week in the WGC Mexico Championship was certainly a sore point with golf viewers all over Australia…and it wasn’t on free-to-air TV either.

Those golf viewers in the “know” (a.k.a. your Saturday four-ball) are telling us it’s the first time in more than 10 years that a PGA Tour, European Tour or major championship was not available through our normal ‘golf’ channels.

Why? Because the WGC-Mexico event was broadcast exclusively into Australia through GOLFTV.

It seems this is the PGA Tour’s plan to control their own product and show it the way they want it shown.

That in itself, had golf fans in Australia disappointed and frustrated.

GOLFTV is a recently launched on-line collaboration between the PGA Tour and Discovery and Australia is one of the first places to get access.

You can gain access by signing up online or through an app offering several different subscription options.

For your investment you get a live stream of every PGA Tour tournament, including the WGC events…except for the majors.

You’ll need Foxtel for those.

Incidentally, there is another alternative – and it’s called Kayo Sports.

It’s Foxtel’s new sports streaming channel which will get you the WGO events but NOT the PGA Tour events.

Confused? Me too. Maybe I’ll give bowls another try.