Following almost six years of intense, sometimes bitter negotiations, and having faced the prospect of being without a home, members of Horton Park Golf Club are on the verge of a new course and clubhouse.

A new Horton Park Golf Club is set to be established just 10 kilometres north of the current site, on vacant cane land at Pacific Paradise. June 30, 2014, is the expected date of occupation. 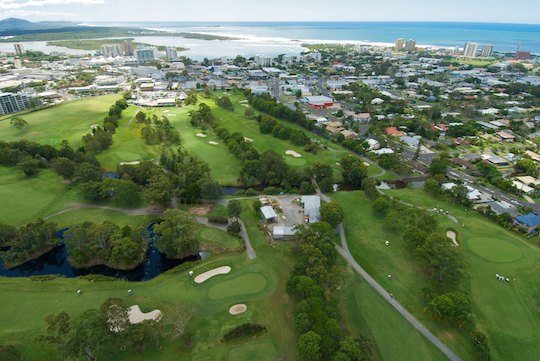 Situated in the heart of Maroochydore on the Sunshine Coast, Horton Park is targeted for future development by Sunshine Coast Council and members had been ordered to vacate by August 31. Council originally offered $39 million for the prime land, which is earmarked for development of the Maroochydore CBD to include the city’s Principal Activity Centre.

The PAC will eventually accommodate 150,000 square metres of commercial space, 65,000 sqm of retail space and provide an estimated 10,100 new jobs. It will also be home to as many as 8000 residents.

Initially, the club entered into a deal with merchant banker Babcock and Brown, which would acquire the cub’s 53ha of prime land and, in return, build a 36-hole course and clubhouse at Kunda Park, less than 10 kilometres west of Horton Park. Babcock and Brown, and the golf club, were then to have formed a joint venture to develop the golf course land.

However, the global financial crisis put Babcock and Brown out of business, and developers Lend Lease spent two years unsuccessfully trying to summon a similar deal with the club, but this also failed to materialise. Ultimately, Sunshine Coast Council stepped in and offered Horton Park $39 million, provided they vacated the land by August 31 this year, which was later extended to October 31.

Horton Park members were asked to support a board recommendation to use the council’s money to buy nearby Twin Waters golf course. On three separate occasions members rejected relocation to any other course.

And their unwavering attitude has seemingly paid dividends with club president Geoff Davies having thrashed out a deal with council that will enable the club to remain at its present location until June, 2014.

By then the club’s new home – comprising an initial 18 holes (with the prospect of later extending it to 27 holes), clubhouse, parking space and appropriate storage sheds – will be ready.

Members will soon vote on a proposal to accept the council’s new offer, which includes a more generous purchase price of $42 million, and to move to the new site which has been recommended to the club by independent consultants based on a set of criteria.

The deal will not just secure the future of Horton Park Golf Club, but would also clear the way for the protracted redevelopment of the Maroochydore CBD.