It’s goodbye to Horton Park and hello to Maroochy River with major changes to the golfing landscape on the Sunshine Coast in Queensland.

After more than 50 years of golf in central Maroochydore, the popular golf club, Horton Park this month relocates to land that was once used as canefields between Bli Bli and Pacific Paradise where a new Graham Marsh-designed course has been built for an enthusiastic membership.

The Sunshine Coast Council is building a new business district on the Horton Park site and the final golf competition was played at Horton Park last weekend.

The first competition at the Maroochy River layout is expected to take place on Friday [May 28].

Locals expect Maroochy River to become one of the premier golf clubs on the Sunshine Coast and, according to local press reports, the links-style layout already boasts a character and personality that will provide seasoned and weekend golfers with plenty of challenges. 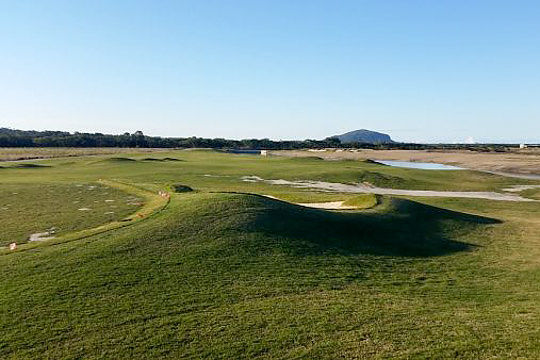 Maroochy River Golf Club president Geoff Davies said while there would be some sadness with closing the gates at Horton Park, members were excited about getting onto their new course.

“Our new club will rank as one of the best on the Coast and will boast 18 new holes with magnificent views from Buderim to Mount Coolum,” Davies said.

“Our members will enjoy a smooth transition to the new facility and all memberships will automatically transfer.”

To be called SunCentral Maroochydore, it will also become home to commercial and retail business and new residences.