PGA professional Triggs, who is tagged ‘coach-of-champions’ because of his success with big-name Australian golfers Karrie Webb and John Senden, has designed a series of technical and athletic development camps at the academy which are aimed at young beginners, advanced beginners and young players with a club handicap. 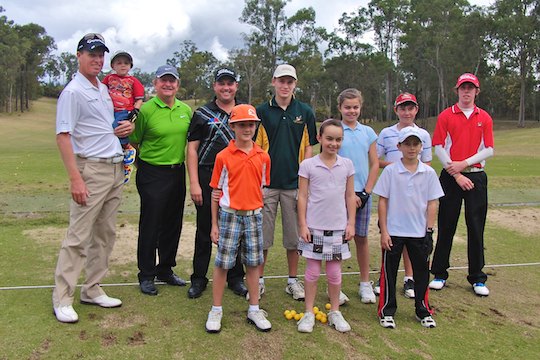 Triggs, who has been coaching since 1978, said the EDGA at Brookwater will be one of the only professional-development programs in Australia, and is specifically designed to link both technical and physical development into one coaching program.

“The EDGA at Brookwater will use an effective combination of both technical and physical development techniques, which has proven to be successful for some of the world’s best players,” he said.

“Having developed young players from beginners to a world-class touring professional level for more than 30 years, I am convinced having a body that is balanced and can move efficiently, underpins long-term technical development.

“Young players must know their bodies and work at developing their movement skill deficits.”

“We only have to look at the players on the professional circuit to see just how much elite golf development has changed in the past 15 years,” the former Queensland State of Origin rugby league physio said.

Coach Triggs said the camps aimed to engage and challenge the participants – aged between six and 17 – with a healthy dose of fun and competitive activities.

“The EDGA summer camps have been designed to be memorable, enjoyable and educational – with each player treated to world-class coaching tailored to their level,” he said.

“The academy will also provide a support network for Queensland’s regional junior players who often miss out because of their geographical isolation. Regional golfers will be given the opportunity to attend camps which will be run during school holidays and around Greg Norman Junior Golf Foundation competition events.”

The camps will be held every quarter in conjunction with the Queensland school holidays – January, March-April, July and September, with the first camps to kick-off on January 18 for beginners.

Duration of the camps will be either two or three days, depending on the advancement of the junior golfer.