The champions have come and gone for the past 116 years at Ipswich.

Now it seems the breeding ground for this parade of champions, that even includes US Tour winner Rachel Hetherington has gone too. 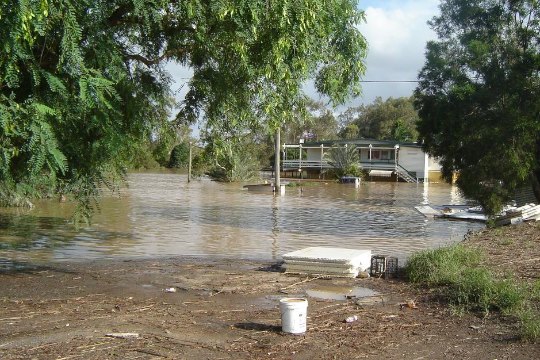 Ipswich Golf Club under water during the recent Brisbane floods

Ipswich Golf Club, which, it has been said, turned over $20 million a year at its peak, has now gone under with the club closing its doors and offering a struggling business for sale.

Founded in 1897 by a group of local residents, this was the first golf club in the area.

Yet the club has been operated by an administrator for the past three months and expressions of interest to take the club over have been called for.

Ipswich Golf Club’s assets include club freehold ownership of golf course land and buildings, 58 poker machines, a large clubhouse with facilities that include a bistro as well as catering and function rooms.

There was also a full quota of greenkeeping staff and equipment. Oh yes, and a membership that numbered between 400 and 500.

Things began to go awry as far back as 1992 when the club made an operating loss of $19,925 due to costs involved with surviving a severe drought.

Gaming machines did keep the wolf from the door when they were introduced that year and despite most of the $20 million in turnover being returned to customers through the poker machines, the club also made a cash turnover of $5 million.

The club had 26 employees including bar staff and green keepers and it seems all have lost their jobs with the locks to the clubhouse and pro shop changed and the course now shut down.

Ironically, while droughts eroded the club’s profits, it was the floods (in 2011 and 2013) that inevitably put the final nail in Ipswich Golf Club’s coffin.

While the club had been hoping to trade its way out of the crisis, according to a Bank of Queensland spokesman the decision to close the club was made by the administrators.