It wasn’t that long ago that people were getting excited about a new development called Barnbougle Dunes on Tasmania’s North-West coast.

Built in a remote area with spectacular natural features and views to match, it marked a new style of course that was more a bucket list item than a regular weekender.

One of those destination courses was the stunning Cape Wickham, carved out of beachside land on King Island just north of Tasmania in Bass Strait.

And the architect behind that masterpiece, Darius Oliver, is now trying his hand at another course but this time on South Australia’s Kangaroo Island.

It’s been a long road so far with the project, known as The Cliffs – Kangaroo Island, originally given the go ahead in February 2016, however subsequent issues, including the debilitating bushfires of 2019/2020 followed by COVID-19, have delayed its construction up until now. 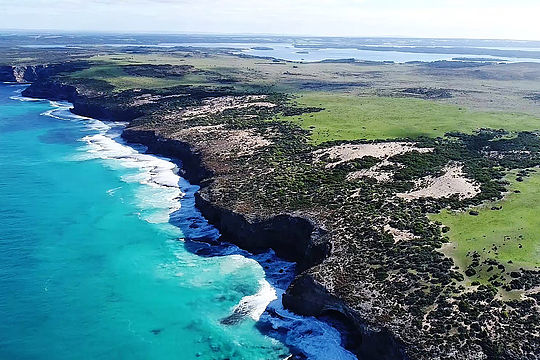 Despite the issues, Oliver believes he has another hit on his hands.

“Like on King Island, the golf site at Pelican Lagoon has tremendous natural potential and is ready made for great golf. The vast majority of holes are just sitting there on the ground, and will require little more than clearing, grassing and some light shaping.”

“While the golf along the cliffs is stunning, I believe the inland holes to be at least as good, and arguably the most interesting on the course. Being able to create such a fun layout on Kangaroo Island and along such a beautiful stretch of coastline is a real thrill.”

“Golfers from all corners of the globe are going to fall in love with this place. There isn’t anything like Kangaroo Island anywhere in the world.”

Work is scheduled to begin in April 2020 with grassing of the course taking place later this year. If everything goes to plan, the course is expected to be ready for action towards the end of 2022.