Maybe the prospect of the smaller King Island off Tasmania building two stunning golf courses has stirred them into action.

Either way Kangaroo Island, off the coast of South Australia, is now proposing to build its own world-class golf course and none other than two time British Open champion Greg Norman has been approached to design it. 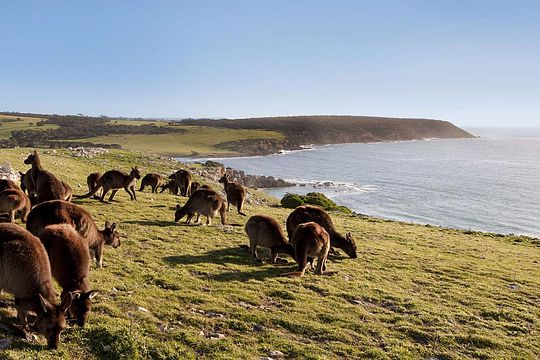 Kangaroo Island is the third biggest island off the Australian coast, behind only Tasmania and the Melville Islands.

It is already regarded as something of a tourist mecca for South Australians as it is a mere 112 kms from Adelaide.

Now Kangaroo Island wants to attract golfers from all over the world as well with a proposal to build a $30m course there.

The Great White Shark has already been approached about designing a links-style layout.

Kangaroo Island Council’s chief executive officer Andy Boardman said the council expected an extra 22,000 visits a year would result from the addition of a new golf course to their landscape.

“Golf tourism is a growing trend in holidays,” he said.

“Groups or families are seeking iconic locations to visit and spend two to four nights staying at those destinations.”

“We expect it will boost our tourism revenue by around $7m annually and will be a very strong addition to the tourism aspect of Kangaroo Island.”

According to the SA Government, this proposal is for the development of an international standard, links-style golf course resort on Kangaroo Island by Programmed Turnpoint Pty Ltd.

The clubhouse facility will also include 20 accommodation suites, as well as some accommodation lodges, comprising 20 twin-bedroom suites with self-contained facilities.