There was plenty of interest in who would take over from Warren Sevil as executive director of the Australian Ladies Professional Golf Association.

Yet in the end the ALPG looked to one of their “own” in appointing former Women’s British Open champion and chairman of the Ladies European Tour, Karen Lunn to the post. 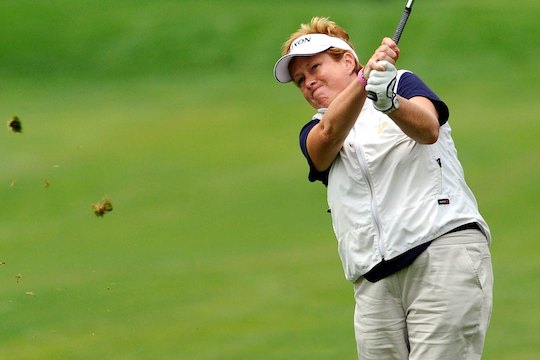 ALPG president, Shani Waugh has played a lot of golf with Lunn over the years so she knew what she was getting.

And Waugh admitted she was thrilled to announce Lunn had the job, beating at least 65 applicants for a much-sought-after position.

“Karen’s experience in tournament golf over the course of her exceptional career, which included 10 wins on the Ladies European Tour and four here at home, will be a tremendous asset,” Waugh said.

“Karen’s playing experience, combined with her knowledge gained through working diligently as part of the Ladies European Tour (LET) Board for the past 14 years places her in a wonderful position to lead the ALPG.

“The characteristics Karen displayed as a player – determined, persistent, strong and skilful will hold her in good stead for her new role.

” Speaking from the United Kingdom, Lunn said she can’t wait to get started.

“I have been involved with ladies golf at a professional level for more than 28 years, having been a player, a mentor, a TV commentator, and also chairman of the board of the Ladies European Tour for the past nine years,” she said.

“My passion for the game and for the ALPG has never been stronger and I look forward to working closely with the ALPG Board in exploring new opportunities and initiatives for all our members, as well as working with our current stakeholders to continue to improve the exposure and growth of women’s professional golf in Australia.”