One of golf’s most recognisable voices, Renton Laidlaw, has passed away following a long illness.

Born in 1939, the Scot spent over 60 years covering the game he loved, firstly at the Edinburgh Evening News before moving on to radio and TV, where he established himself as one of the most recognisable voices on the European Tour. 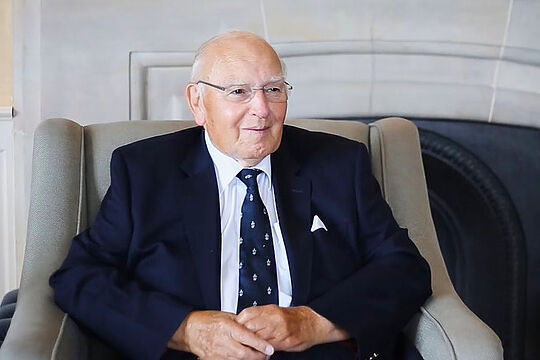 His dulcet tones will be best known to any Australian golf fan who spent hours on the couch each summer in the 90′s listening to Laidlaw call the action on Channel 7′s Summer Of Golf alongside the likes of Jack Newton and Sandy Roberts.

“We are all deeply saddened to hear of Renton’s passing and our thoughts are with his family and many friends at this sad time,” said R&A CEO Martin Slumbers.

“Renton’s knowledge, insight, wit and wonderfully distinctive voice made him an immensely popular figure in golf and sport in general. He was admired by so many of us who grew up listening to his commentary or reading his reports from The Open and the other major championships.”

Across his storied career, Laidlaw covered 15 Ryder Cups and over 150 majors including 58 Open Championships and 40 consecutive Masters tournaments, the only non-American journalist to achieve that feat.

As news spread across social media, the golfing world paid tribute to Laidlaw.

“Incredibly sad to hear the passing of Renton, wonderful man and great to our game. RIP,” said Ian Poulter.

“Oh no thats very sad news. Renton documented my whole career from the 75 English Amateur on! He was the most trusted and fair, in the heat of finishing a bad round if i said something daft he’d say maybe you’d like to say that a different way! A very rare quality! RIP,” tweeted Nick Faldo.

And this from fellow Scot and golf writer, Martin Dempster:

“He was gifted as a writer and a broadcaster, but, more than anything, I will remember him as the finest human being I have ever met.”