The major change patrons of Gainsborough Greens Golf Club will notice in coming months is that the smiling face of Michael Pimm will no longer greet them. 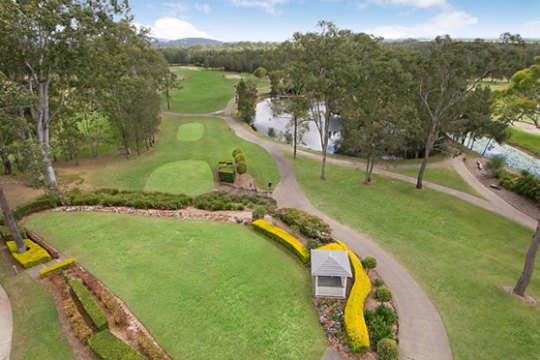 “I started there as a range boy in 1996, when I was fresh out of school,” he recollected.

“For a keen golfer it was a pretty good job – eight hours a day four days a week. Luckily I was able to organise my work around my tertiary studies.”

Pimm was studying psychology at university at the time, but for the former junior champion who had forged a strong friendship with current world No.7 Adam Scott, the study of the brain was soon overtaken by his love of golf. In 1998 he started working full-time in the pro shop and the following year began his golf professional traineeship.

However, when a managerial position at Gainsborough Greens became available shortly afterwards and was offered to him, the budding business manager decided to again take a new career turn.

“I met some fantastic people and made many friendships and business contacts which hopefully will be everlasting.”

In 2004 Pimm was appointed assistant general manager and the following year rose to GM, a position he held until his position was made redundant following the implementation of the new management structure.

“I have loved every minute of my 16 years at Gainsborough Greens,” said the popular golf administrator.

“It is a great industry in which to be involved because very rarely is there an unhappy customer. I honestly can’t think of too many offices as inviting as the golf club.”

And although his entire working life has been at Gainsborough Greens, Pimm is in no way bitter and twisted at losing his dream job.

“It was purely a business decision by Mirvac,” he said.

“They decided to go back to their core business of land developing and let the management rights of the golf club out to tender. The guys who won the tender are experienced in that field and I wish them all the best. There are no hard feelings.”

“The current staff members, who will be staying on for six months at least, make a great team and my only advice to the new guys is to treat them, the members and the corporate clients with the respect they deserve. And I’m sure they will.”

Pimm, who has reduced his golf handicap from six to two during the final months of his ‘winding down’ period at Gainsborough, is uncertain what the future holds. “I plan to have a holiday with the family and then start looking for a new position, hopefully in a management role somewhere,” he said.

“Ideally I would like to be stay involved in golf, but the industry is going through some tough times at the moment. The past two years have been the worst I can recall in my 16 year involvement.

“But whatever the future holds, I can only hope it is as rewarding and enjoyable as my time at Gainsborough Greens.”