In recent years I’ve been critical about some of our governing bodies decisions, some of it was justified, other times it was borne out of pure frustration and I was wrong. I’m happy to admit it, but I’m also big on giving credit where it’s due and the time has come to praise them.

Well done to both the PGA of Australia and Golf Australia for the planned $32 million “Home of Golf” initiative with Golf Victoria. It’s another positive sign of a willingness to work together. 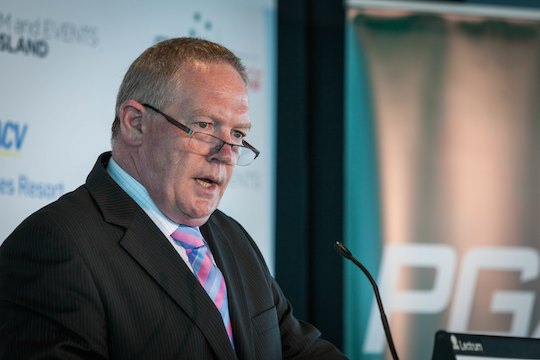 If you missed the news last week, they announced the building of an all purpose facility in Melbourne, which will help develop future stars. No site has been confirmed, yet Elsternwick Park is being considered as a possible venue.

“There is the potential to make it a shining light in research and development, training and athlete preparation in Australian sport,” said Stephen Pitt, Chief Executive Officer of Golf Australia.

“The adjoining Museum and Hall of Fame concept gives the sport the chance to pay tribute to those who have made a huge contribution to Australian golf and it becomes a place of interest for fans to visit.”

Amongst a number of benefits, it will also allow for a more unified approach to governing the game at all levels. For golf in Australia to flourish again, it needs everyone signing from the same song sheet, don’t underestimate this… it has the potential to be very beneficial.

PGA of Australia boss Brian Thorburn summed it up best. “For years industry fragmentation has hampered our collaborative efforts, so there’s no bigger move than to have the key players operating under one roof.”

The blueprint for the successful administration of sport is right in front of them in Melbourne – the AFL is world class. Now we just need to get the ALPG in the building and we’ve got the ideal situation.

With everyone working together it gives the sport a chance to genuinely grow. While golf is enjoying greater main stream attention due to the success of our stars led by Adam Scott, this increase in profile has to be the catalyst for much needed change.

For too long, too many people have had their nose in the trough. Money was being wasted on junkets and hobnobbing in corporate facilities at major events. It infuriated our elite players and those closest to them, so it’s no surprise to see the likes of Scott and Geoff Ogilvy lend their name to the project.

With this new Home of Golf project the opportunity to build a more prosperous future has arrived. While there are no guarantees of its success, it should provide a more streamlined operation from professional golf all the way down to the grass roots.

Golf has so many great things going for it; it’s a game that can be played by everyone, it teaches children great values and it’s a game for life. Not to forget it’s affordable in Australia and we boast some of the best courses in the world.

I applaud this decision by our governing bodies, it’s a big step in the right direction to build a facility like this. It’s also a great chance to absolve sins from past administrations that wasted the last opportunity to secure golf’s future when Greg Norman ruled the world.