Time was always going to be the best judge of whether Adam Scott’s golden summer has a lasting affect on the game in Australia or simply stay as it was – a magic month. Early indications are the good times are carrying over to the New Year. Call it a hangover if you will, but I say ‘let it linger’.

I don’t know about you, but I’ve noticed mainstream media has run more golf reports on Free to Air TV news bulletins and there are all sorts of stories in major Metropolitan newspapers since those glorious scenes on the Gold Coast, Melbourne and Sydney. 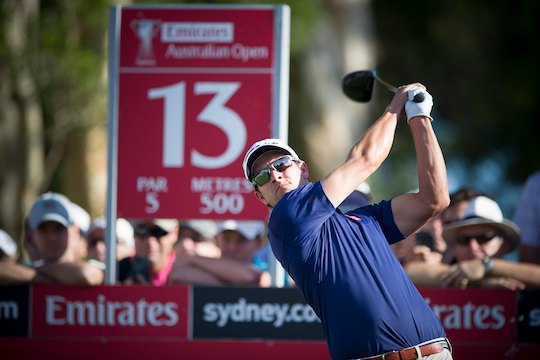 Obviously, Adam Scott’s presence in the first two events of the PGA Tour year in Hawaii helps, but I’ve seen and heard all sorts of stuff about golf that up until last November were widely ignored by these organisations. There was even a schedule for the ALPG season in the paper. Heaven forbid!

Here are a few snippets from this weekend alone:

Usually mainstream media editors and producers would not have given these stories the time of day. Trust me, I had to fight tooth and nail to get what I thought were lay down misère yarns a bit of air-time over the past couple of years.

I know it’s not Football season so let’s see how things go as we head into Autumn and then Winter, but perhaps the appetite for golf content is there again now the rest of the country has a little ‘golf fever’.

While the sports loving public has moved onto cricket (for good reason) and the Australian Open has everyone reaching for their tennis racquets again, our beloved game has maintained its mojo longer than usual and that can only be a good thing.

I’ve been speaking to all sorts of people in the Golf Industry since the Australian Open; media types, Retailers, Golf pros, Club General Managers and even Green Keepers. They say there is “definitely a buzz” back in the game.

More players are sneaking out for a hit, booking lessons, buying clothes and equipment. Better still, enquiries about memberships are more prevalent than this time last year. It all points to a more prosperous time for everyone connected to the game and it’s about time. If you listen carefully you can almost here the sighs of relief!

Even though official figures of growth are not yet quantifiable, what it does illustrate, is after a decade of decline things are finally on the up. For that, once again we say thank you to Adam Scott. Like his golf game, let the good times roll.