Luke Elvy: U is for Unification

This year’s Masters will mark a year since I left Australia and relocated in North America. At the time it was a risky move, but after a couple of breakthroughs I’m happy to report things are working out nicely.

Last year, I broadcast the Masters and PGA Championship for CBS, The Open for ESPN and the FedEx Cup Playoffs for Sirius XM PGA Tour Radio. This year I’ve added the US Open for Fox Sports, plus another 10 events with the PGA Tour’s Live and Radio teams. 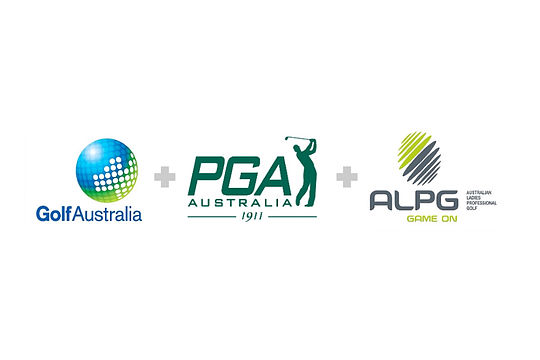 Luke Elvy: U Is For Unification

I know you don’t care for my career, nor should you, we are all masters of our own destiny, but reasons why I left are linked to this story. While Australian Golf on the surface looks healthy, the reality is far worse – it’s constantly fighting for relevance.

Insiders will quickly suggest I’m bitter or resentful that my broadcasting career didn’t work out, that is simply untrue. I’ll admit I let my passion for the game get the better of my approach to certain situations, but overall I’m proud of the small contribution I made and that it led me to greener pastures.

However, in my five years at the coalface of Australian golf I saw the reasons for its constant underwhelming position in our sporting landscape. The main factor is the way it is administered.

It’s far too segregated and that impacts our position to attract significant financial support from sponsorship and TV revenues.

In a powerhouse like the U.S. there is room for a number of governing bodies, but not here. For Australian Golf to thrive again, unification is the ONLY answer. That’s right… ONE governing body, which has complete autonomy over the game.

Currently, there are about 10 different administrations. The PGA of Australia runs professional golf, Golf Australia is the amateur body, which also owns our National Opens, the ALPG takes care of women’s pro events, and our numerous State bodies, which are all independent and often more powerful than GA.

Instead of everyone working for the same cause, they often operate in their own ‘best interests’ and it chokes genuine progress. There are silly power struggles and one upmanship, which is sad, but also laughable because on the global stage we are borderline irrelevant.

Soccer struggled for relevance in Australia despite football being the biggest game in the world. That was until the sport underwent a government led commission just over a decade ago, now it’s become a powerhouse.

Isn’t it time the same thing happened for Australian golf?

The game on a global level is thriving, and rumblings of a World Tour are getting louder, the worst thing we can do is fail to have our house in order for when it does eventually happen.

I know there’s talk of amalgamation, but I’m also told it’s still a few years off, but really the time is now. If egos and agendas can be left at the door the establishment of one centralised body – ideally called Golf Australia – can work for the greater good and growth of the game.

Imagine under one roof we had a national governing body that controlled all aspects of our sport, much like the AFL and FFA do. All resources would be pooled and the administration much more streamlined.

This allows Australian golf to deliver a “stronger as one” message that attracts greater sponsorship dollars and grows our fledgling tour. We’d then have more bargaining power when TV rights are negotiated, funds would flow in the right direction for a change.

Ultimately, it would ensure greater revenue to implement efficient programs and pathways that would trickle down to the grass roots of the game. Participation numbers would grow and all those clubs and businesses, that make up the Australian Golf Industry would no longer struggling to survive.

And best of all YOU the passionate golfer would be proud that golf would once again flourish on a national stage. With respect to Australia’s Lambassador ??? “you know it makes sense!”