One of Scotland’s famous links courses, Machrihanish Dunes on the west coast near the Mull Of Kintyre has been the inspiration behind a long-awaited golf course that opened this week at Maleny, on the hinterland of Queensland’s Sunshine Coast.

It has taken almost 20 years to reach this stage but only in the past 15 months has the earth really begun to move on what will become a great asset for the tiny town. 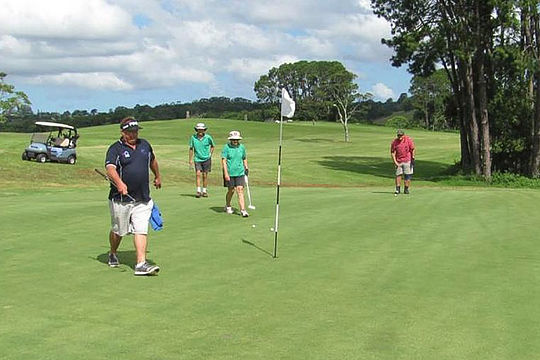 The club already boasts 400 members and their efforts to get this course, designed by renowned golf course architect Graham Papworth, ready for play have been nothing short of outstanding.

Maleny Golf Club president Dr Max Whitten explained that stage one of the new course had cost about $750,000, which included a $450,000 council grant as well as donations of time and money from supporters.

“We’ve shown that building a golf course need not be an expensive exercise in a town like Maleny where the community is large enough to boast an abundance of natural talent, but small enough for residents to be able to help out and make a real difference,” Whitten said.

“We have essentially taken a very sad and degraded agricultural site and transformed it into a valuable council-owned asset which is already worth three to four million dollars and will serve the community and local tourism for generations to come.”

Like Machrihanish Dunes on the other side of the world, Maleny’s motto will be “golf as it began.”

Plans to build a golf course on the land date back to 2001, but progress accelerated in 2004 after council purchased the adjoining Porter’s Farm land to develop a community precinct on the 126 hectare site.

Preparation of the greens has been a personal project for Maleny’s full-time course superintendent, Mick McCombe.