Mark Broadie: The story of golf’s most important stat

Most golfers, in fact almost all of them, have probably never heard of Mark Broadie.

And when I explain that he’s a teacher at Columbia Business School in the US – and has been since 1983, well, you are probably none the wiser. 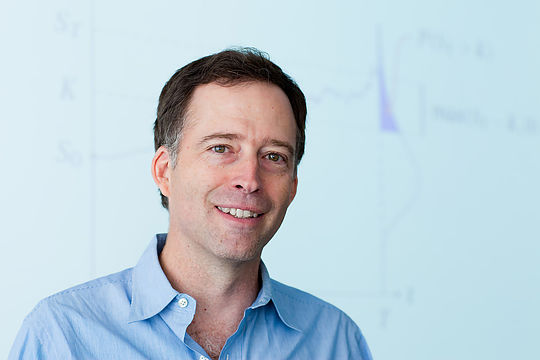 Then let me explain that Broadie is the man, indeed the mastermind, behind the now widely-used ‘strokes gained’ category that has become so important when analysing the stats of your favourite golfer – or indeed of yourself, should you take the game seriously enough.

First adopted by the US PGA Tour in 2011, “strokes gained,” Broadie’s breakthrough analytics tool, has now become a fixture in golf.

Broadie was probably just one of many who saw the shortcomings of the old ‘greens in regulation’ and ‘putts per round’ categories that could be quite misleading when trying to assess a golfer’s ability in certain areas.

It’s just that Broadie is the man who actually did something about it.

And it involved years, almost two decades in fact, of studying millions of golf shots, struck by pros and amateurs alike for research that has yielded insights with farther-reaching implications than Broadie himself ever anticipated.

Indeed when Northern Ireland’s Rory McIlroy was quizzed as to how he planned to hone his game for the 2017 FedEx Cup playoffs, he revealed that he wasn’t off to look for answers in the dirt. He was off to a meeting with Mark Broadie.

“I’m a big believer in stats…and strokes gained is the best stat that has come into our game for the last, well — ever,” said McIlroy.

“I’m excited to sit down with him and talk about all that stuff.”

Broadie explains it simply: “Of course, every golfer has their own DNA, with different strengths and weaknesses,” he says.

“But the basic idea is that if you tell me your median leave from 150, I can tell you how good you are.”

On average, the strokes-gained-putting differential between a golfer who shoots 70 and one who shoots 80 is a relevant pittance (1.5 strokes) compared to strokes gained or lost from 100 yards and out (6.5).

So if you’re out to improve your game – take a long hard look at your strokes gained category. You may learn something – and possibly improve your golf.