Graeme McDowell reckons Edoardo Molinari is ‘flogging a dead horse’ with the Italian golfer’s call for the Tours to act more on slow play.

Molinari, the younger brother to Open Champion Francesco, was outraged during last week’s Hassan II Trophy about how long it had taken to play 18 holes on the host courses in the Moroccan capital of Rabat. 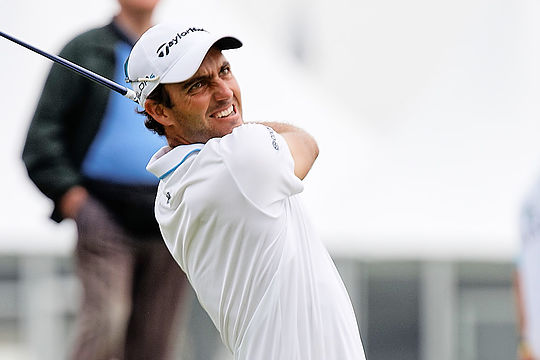 The three-time Tour winner, went onto Twitter to voice his concern saying: “It’s time that professional golf does something for slow play…5h30min to play 18 holes on a golf course without rough is just too long…way to [sic] long! #stopslowplay.”

By Monday evening the tweet had generated 6.4k likes and 1.8k retweets.

Molinari then went further by controversially retweeting European Tour in-house documents showing a list of all players competing in European Tour events, including Tiger Woods, who have been timed.

As well, the list revealed three players in Spain’s Adrian Oteague, former Open winner, Louis Oosthuizen and Dutchman Erik Van Rooyen. who have each been fined this new season the sum of €3,000.

“As promised…list of timings as of April 22nd. Next updates list will come out at the end of June! There are a few usual suspects and a few surprises. Please retweet and share to speed things up!#stopslowplay,” tweeted Molinari.

Masters champion Woods has had one ‘slow play’ warning but no fine in his three events.

But while Molinari’s tweets have stirred the pot, McDowell suggests his 2010 victorious Ryder Cup team-mate is “flogging a dead horse” if he thinks the various Tour’s will act.

“I saw his tweet over the weekend that we need to play faster, blah, blah, blah, and I get it,” said McDowell in an article by Golf Monthly.

“I hear where Edoardo is coming from, but he is, shall we say, flogging a dead horse.”

“It’s not a dead horse, but it’s a pretty dead horse.”

“What do you want to do? We can’t get around there much quicker, and it 20 minutes going to change his life.”

“Listen, I like Edoardo. He’s a nice kid, but I think he’s just frustrated.”

Indeed, ‘G Mac’ believes Molinari is probably putting the horse before the cart given the Moroccan course was playing to 7,632 yards and that was 157 yards longer than Augusta National.

“There’s just no way to speed the game up really. You can try these small percentiles, but at the end of the day it’s very hard to get around a 7,600 yard golf course with tucked pins with a three-ball in less than 4:45, 5 hours.”