Hot on the heels of plans to reduce the size of several Sydney public golf courses comes the equally distressing news that Melbourne’s famous Albert Park golfing precinct could also now be under threat.

It seems the Victorian State Government is considering some major changes to Albert Park. 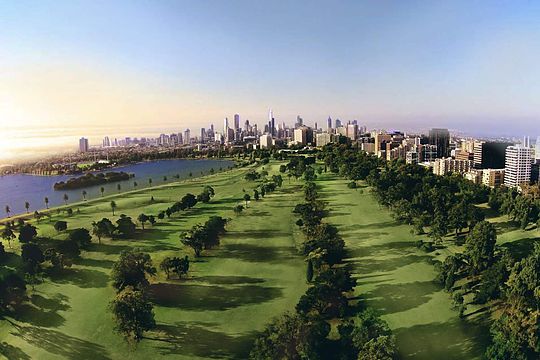 New plans unveiled for the park could see the golf course developed into a major events space with a ‘mini’ golf course and improved fitness and picnic areas.

The idea behind this is that reducing the course to nine holes would create more space for a variety of sporting grounds.

Obviously golfers who frequent Albert Park for their regular rounds of golf are livid at such a thought.

The proposed lakeside promenade would include improved fitness and picnic areas.

And like Sydney, residents are being encouraged to review the plans and voice their concerns or give input while the Andrews Government considers the proposal.

Certainly changes to the golf precinct would have far-reaching effects on those ‘inner-city’ golfers that frequent Albert Park.

And it was also pointed out last weekend that it could also have an impact on those hundreds of golfers who keep their handicaps active through the decades-old Lakeside Golf Club.

President of the Lakeside Golf Club Wayne Carroll told Melbourne’s Herald Sun newspaper that the plan was a slap in the face for golfers.

“They want to turn it into a Mickey Mouse course by cutting it from 18 holes to nine holes and sticking a driving range in the middle.”

“It’s an amazing asset for Melbourne and they should be enhancing it, not degrading it.”

The Herald Sun pointed out that the Albert Park Driving Range alone attracted about 140,000 golfers a year.