Once regarded as one of Melbourne’s premier public golf courses, the attractive Kingston Links golf course in Melbourne’s south-eastern suburbs will close its course for good early next month.

Although Kingston Links has only been part of the Melbourne golf course scene for about 25 years, the Rowville site has reportedly been sold to develop a billion dollar housing estate. 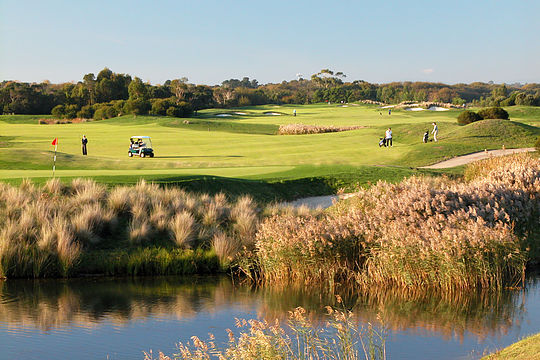 According to Victorian media, the site will eventually include 800 homes on a site which is also on a 100-year flood plain.

The last group of golfers are expected to tee off on Kingston Links on July 1 and although the course will no longer be open for play, the driving range will remain open – at least for the immediate future.

The closure was probably inevitable when millionaire Queenslander Neville Pask bought the site for a reported $60m in 2016.

The 67 hectare property, 27 kilometres south east of Melbourne, was trading off-market, 13 years after the LaManna Direct supermarket founder paid $14 million for it.

For those fortunate to play Kingston Links when it was at its peak it was a special golf outing featuring lush santa ana couch fairways, undulating bent grass greens, water hazards that came into play on most holes and some fabulous views towards the Dandenong Ranges thrown in for good measure.

To the discerning public golfer, it was close to perfection.

Kingston Links measured 6178m from the men’s tees with a par of 72.

Social play was available seven days a week there and green fees were always reasonable.

Kingston Links was also one of few courses that offered a dedicated driving range and golf course at the same location.

They say the layout was influenced by the great links courses of Scotland and Ireland with a mixture of rolling mounds and natural waterways.