If golf clubs don’t take a long hard look at themselves and relax their rules, then their very existence may be in jeopardy in a few years’ time. 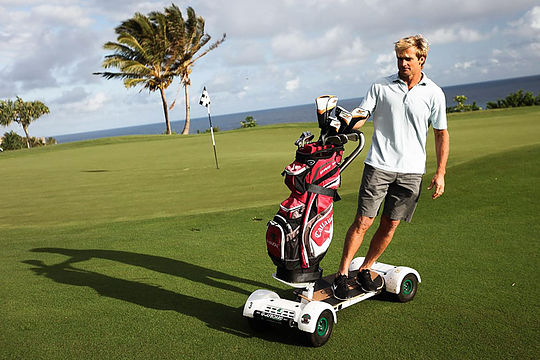 The older guys are slowly slipping away and unless we embrace that new breed, then we may, eventually, see many of our golf clubs lost forever.

So maybe we need to let these young ‘guns’ play with their shirts out, wearing coloured socks with their caps on backwards.

OK, maybe drinking booze on the course and playing music in their golf carts might be taking things a little too far.

But, on the other hand, don’t rule that out either…because steps have to be taken to ensure the game of golf survives.

We’re not panicking just yet but experts are saying that golf has lost about 10 million golfers worldwide since 2008 and more will follow unless clubs address their dress codes and social media bans.

According to the chief executive of the World Golf Foundation Steve Mona, clubs have to urgently adapt to the demands of younger people to ensure the sport has a future.

He points out that the withdrawal of two of world sport’s biggest brands – Nike and Adidas from making golf equipment has certainly rung a few alarm bells about the sport’s long-term future.

“The headlines ‘golf in crisis’ are overblown,” says Mona. “We [still] have a healthy number of core golfers. But we do need to attract new and younger players.”

“Each year about 500,000 leave the game because of death or their physical inability to play. So every year we have to replace them.”

Mona explained that the WGF, which had partnerships with golf national associations across the world, has been working hard to make golf more appealing to younger people and minorities.

But he says the real change must come from the clubhouse. He claims clubs should ask themselves if their rules needed to be as strict as they often were.

“Can you go out on the golf course with your shirt untucked? Can you wear your cap backwards? Can you play music in your cart? Can you bring your mobile devices out there? Can you drink beer while you’re going round?

“Millennials are used to being able to do all those things in their recreation. We need to make it the same for golf.”