Mizuno Fitting: It’s In Their DNA

It’s hardly surprising Mizuno are rated one of the world’s best golf clubs when you hear the way they do things.

And starting at the top is the way you are fitted for their clubs, which puts Mizuno, well, a ‘fairway’ ahead of their rivals. 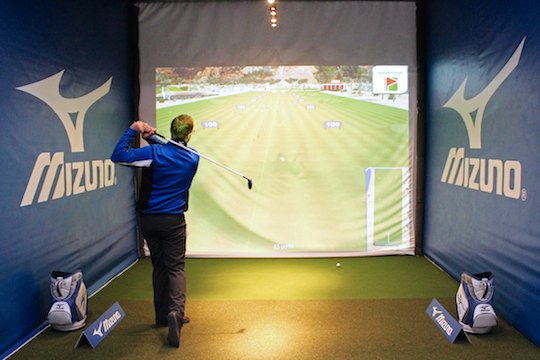 Mizuno Fitting: It’s In Their DNA

In fact Mizuno boasts that three swings are all it will take for them to have you fitted to a tee, so to speak.

According to Mizuno’s Simon Davey, a PGA member, the Mizuno Shaft Optimiser is a real shaft that can be attached to any of Mizuno’s demo heads – when you hit a ball.

And within the Optimiser is a series of strain gauges that measures the sequence of forces created by your swing.

In just three swings the Mizuno Shaft Optimiser can measure everything the experts need to know – without even needing to check or measure your ball flight.

Davey says the Mizuno Shaft Optimiser and Swing DNA system has been the industry’s leading fitting system at a local golf club level since its introduction in 2009.

As the shaft itself measures all the required data, the fitter doesn’t need to own expensive cameras or lasers – meaning everyone can be fitted by a local golf professional.

There are now more than 100 Mizuno Swing DNA centres across Australia and places like Sydney and Melbourne boast at least 30 each – so there should be one near you.

All are able to find your unique iron specification.

With another 20 minutes you can test the outcomes and identify the set make-up best suited to your unique Mizuno Swing DNA.

And to top it all off, in just five to seven days your unique iron set can be on their way.

“The main difference between Mizuno and all the others is our starting point,” says Davey.

“It’s often a lottery when you go to be fitted for a set of clubs, but we take that out of the equation and that’s how we differ from other club manufacturers, some of which have simply put too many sets on the market.”

“We feel we make the best irons and we don’t spend millions to have to have top players using them.”

“We instead put our dollars in making them the best irons.”

“Currently we are better known for our custom fitted irons, however the upcoming launch of the new JPX850 wood range will offer new levels of adjustability to complement any set of Mizuno irons.”

“Luke Donald thought enough of the new driver to put one in his bag recently.”

No surprises for guessing that Donald found it the perfect fit.