Moonah Links sold off for $18.5 million

It has hosted two Australian Opens and been labelled The Home of Australian Golf.

Now Moonah Links, on Victoria’s Mornington Peninsula, has reportedly changed hands after being purchased by a consortium of Chinese and Chinese-Australian businessmen. 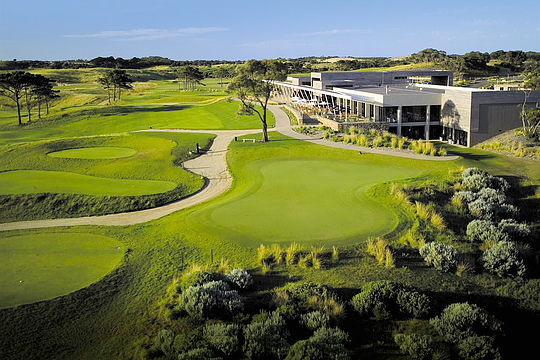 Formerly owned by one of Victoria’s richest men, Paddy Handbury, who is a nephew of Rupert Murdoch, the Mornington Peninsula golf resort sale was for a reported $18.5m to the Peninsula International Group.

That purchase price included the two Moonah Links courses, designed by five-time British Open champion Peter Thomson and his partner Ross Perrett, as well as a hotel at Fingal, near Cape Schank.

The new owners, it has been reported, will keep the golf courses operational but wanted the property as a hotel destination to expand and invest more into on the Mornington Peninsula.

It is believed the consortium already have stakes in Chinese-Australian investment companies, a furniture company, a tea-tree oil company and a luxury property development company with projects in Australian and China.

The Moonah Links already has some extensive areas of vacant land.

The golf resort itself is spread over 238 hectares and includes the Legends course and the Open course.

Moonah Links includes an 88-room Peppers hotel, with a conference and accommodation centre.

A 250-dwelling residential development on the estate is nearly sold out while an additional 280-condominium project has only been partly developed.

Handbury bought Moonah Links in 2004, adding it to the Torquay resort and Stuart Appleby-designed course he was already developing on Victoria’s south-west coast.

That resort includes a 112-room Peppers hotel, The Sands residential estate with 400 dwellings and 150 townhouses, surrounding the resort.