Sydney’s lord mayor Clover Moore has renewed a push to halve the size of Moore Park Golf Course, a public access course in the centre of the city, to free up more green space for general use.

Cr Moore’s claims that the course is under-utilised is at odds with the actual figures. The course returned more than $4 million to the Centennial and Moore Park Trust last financial year, due in part to an increase in golfers and its driving range. 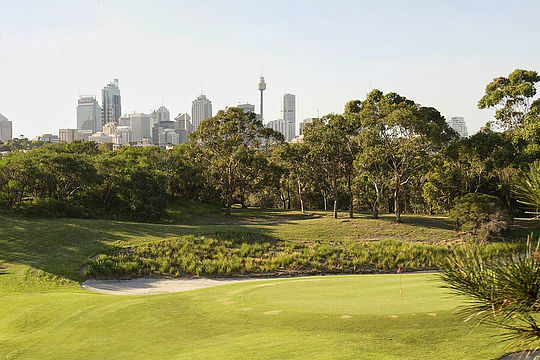 The issue is the amount of public land set aside for public golf courses in a city with an ever increasing population, at a time when golf has enjoyed a new wave of popularity with the COVID-19 restrictions.

“The Redfern part of Moore Park is absolutely buzzing with people and you just look across the fence to the golf course and there might be two or three golfers in there,” said Moore in a reported feature in the Sydney Morning Herald.

“There has been tremendous pressure on our parks right across the metropolitan area. It is vital that this land is shared with the broader community.”

Cr Moore said reducing the course to nine holes would free up “much-needed space” for 70,000 people who would be living and working in the nearby Green Square precinct by 2030, making it Australia’s most densely populated urban area.

On the back of this, the City of Sydney directed its chief executive to develop a proposal to take to Planning Minister Rob Stokes to extend public access to Moore Park by reducing the golf course’s size.

Welcome to the new era of local councils within Sydney ripping into public golf courses.

The council recently announced a concept plan to reduce the already small Lane Cove layout to an effective pitch and putt par 29, whilst resuming parts of the course to build a mega structure sports facility that includes parking for over 300 cars.

Most advocates for resuming public golf course land base their rationale on participation numbers and course usage and back that up with the age-old line that the general public is disadvantaged by not getting access to green space.

In other words golfers are a greedy and selfish lot and cannot justify holding onto vast amounts of land space in a city that’s busting out of its seams.

In the end, the pressure of a growing population will mean that the authorities will continue to play this card and with so many competing demands we can expect to see some of Sydney’s 16 odd public golf courses under pressure to be given back to dog walkers, cycle paths, public pools, basketball courts, indoor sports facilities.

Let’s not forget either the revenue bonus points councils will enjoy with such re-development.