Nancy takes the reigns at Toowoomba

Members of one of Queensland’s oldest and most prestigious regional golf clubs elected Young to ‘the top office’ at their annual general meeting recently in her absence. 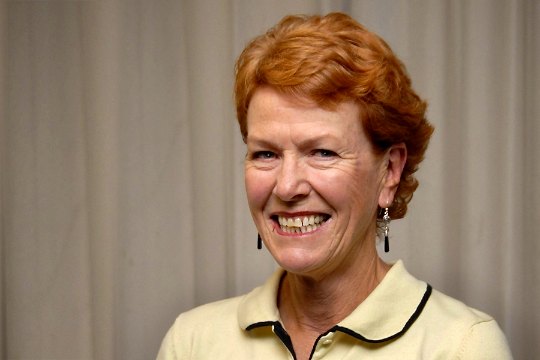 She was quickly notified of her new role while overseas enjoying a Greek getaway.

Young was understandably thrilled to receive the news and penned an immediate reply.

“I am proud and humble to be elected as the President of the Toowoomba Golf Club” she said in a statement from the Greek Islands. Her appointment saw Toowoomba join a select few clubs throughout Australia who have elected a lady to the office of Club President.”

“I believe that the club has a balanced and united board and I look forward to working closely with all Board members to ensure the future of the Toowoomba Golf Club and its continued growth,” said Toowoomba general manager Steve Owen.

The Toowoomba Golf Club has a proud history of providing a haven for those golfers seeking a challenge as well as a base from which social activities can be enjoyed via the use of Ridges Restaurant & Bar within the club’s picturesque clubhouse, all nestled in the leafy suburb of Middle Ridge.

When asked about the election result, Liebke said Young’s appointment would hopefully be the catalyst for more women joining the club.

“The club is always seeking new members and maybe a lady President will encourage more ladies to join and enjoy what this wonderful club has to offer,” he said.