Although the season of revival is still a little over a month away, it will be arriving early this year for the Nelson Bay clubhouse. And it’s not a moment too soon!

After being devastated by fires on Father’s Day 2015, the clubhouse will officially re-open its doors on August 4 and it will celebrate with a month-long series of events. 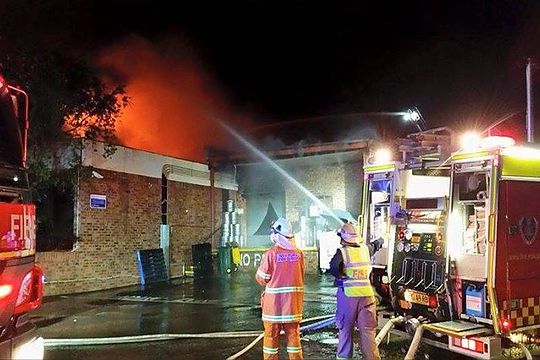 “It’s taken a while, but the members have been supportive of the board and management in getting this project complete,” said club president Max Pride.

“It’s been a tough time, and it’s been a challenge, it was devastating for all.”

“The day it burned down the general manager, Trevor Harrison, and I just sat there and thought, `Where to from here’?

Luckily, there was only one direction they could go…and that was up.

After outlaying close to $10m rebuilding the new facility, the new clubhouse will feature a 230-seat function room, pro shop, balconies overlooking the course, and a new sports bar.

“We spoke a lot to our younger members,” Pride said. “The one thing they said was they’d like a sports bar.”

First off for the new facility will be a Men of League Foundation dinner and a two-day tournament, followed by the Port Stephens Accommodation Golf Classic on Monday, August 14.

That’s followed by two weeks of corporate events, capped off by a family day on August 27 to showcase the new club to the public.

The day will include golf clinics, jumping castles and course tours among the activities.

In September, the club will host its first pro-am since 1987, with US PGA Tour winners Peter Lonard and Nathan Green headlining the event.