The US PGA trade show held in Orlando always throws up some interesting headlines and unusual ideas and this year’s event was no different.

Speaking to US magazine Golfweek at the show two weeks ago, TaylorMade-adidas Golf CEO Mark King caused a stir when he called for the game’s rules to be bifurcated with one set for “serious” professional players and one set for recreational players. 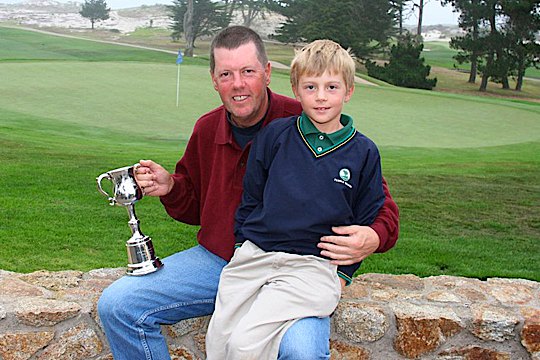 “It has to start with the USGA,” King told the magazine’s business correspondent Gene Yasuda.

“They have to change the rules of the game, bifurcate them (one set for “serious” golfers; another set for recreational players). Make it easier to play golf.”

“Secondly, Tiger Woods, Phil Mickelson and Tim Finchem have to endorse (an alternative set of rules so recreational players will embrace them as legitimate). They have to say, ‘This is real golf. It’s not funny golf; it isn’t weirdo golf.”

“And the third thing is, the PGA of America has to execute it. All of the PGA golf professionals who are here have to say, ‘What’s your handicap? 22. Great. We’re going to use the 15-inch cup and the yellow tees, which are way up there’.”

King wasn’t the only one at the show spruiking ideas to grow the game. In a similar vein the founder of computing giant Sun Microsystems, Scott McNeely, a three-marker and avid player, launched a concept called ‘Flogton’ (‘not golf’ backwards) advocating similar ideas.

The game is the brainchild of the Alternative Golf Association, a group including McNeely and several of his Silicon Valley colleagues, whose mission is to grow the game.

Flogton would allow players to use non-conforming equipment including drivers with lubricated faces that don’t allow the ball to hook or slice and wedges with sandpaper like grooves capable of generating 100 per cent more spin than standard conforming wedges.

Players would also be allowed one mulligan per hole and the chance to throw the ball out of bunkers.

For more details, go to the group’s website – www.flogton.com