Wearne returns to the club after 27 years where he previously served as an assistant professional to Kel Llewellyn (1983) and then head professional in his own right in 1984. 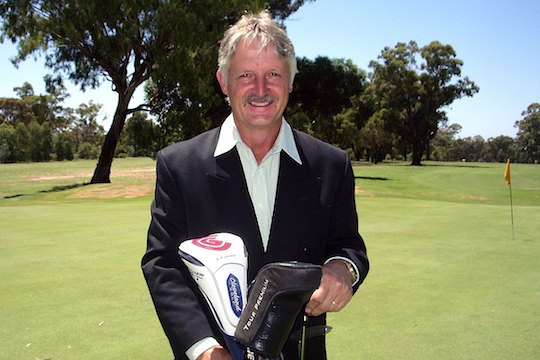 After leaving Bendigo, Wearne travelled around Victoria teaching golf from as far north as Swan Hill and east to Lakes Entrance with many stops in between.

In 1989 he left Victoria for a three-year stint as a golf instructor and specialist club fitter in Singapore with wife Tristen, returning to Heathcote to commence club management duties at Heathcote Golf Club and later on at Seymour Golf Club.

From 2002 until midway through last year, Wearne was general manager at Goonawarra Golf Club in Sunbury until the urge to play on Australia’s Senior PGA Tour beckoned.   Success came early with a win in the Victor Harbour Legends Pro-Am followed by a number of high placings.

Wearne now hopes to add new events and competitions to the Bendigo club calendar as well as providing a full range of golf tuition options (including Come & Try days) and a club repair service.